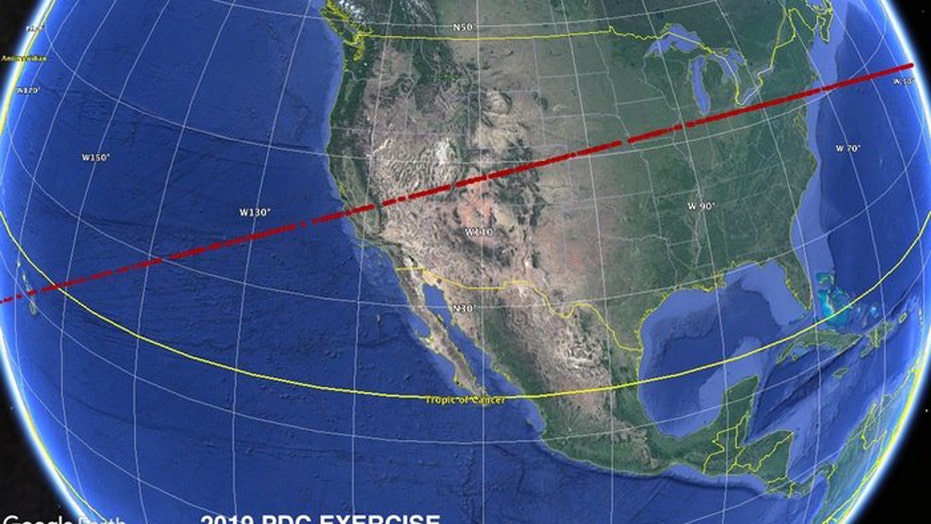 World governments have been concerned for decades about a potential asteroid collision and the chaos that would ensue upon Earth. Now, the information of what the different agencies would do about it is being shared with the public for the first time ever on social media.

Though the drill is run every two years by asteroid scientists around the world, the European Space Agency has decided to share the event publicly so everyone can see what would happen and what actions might be taken to mitigate the damage.

“The first step in protecting our planet is knowing what’s out there,” says Rüdiger Jehn, ESA’s Head of Planetary Defense, in a statement. “Only then, with enough warning, can we take the steps needed to prevent an asteroid strike altogether, or to minimize the damage it does on the ground.”

Updates from the drill will be shared on the ESA Operations Twitter account, starting Monday, April 29 and running until May 3.

The first tweet has already been written, with the ESA writing: "A hypothetical asteroid has been 'discovered', and worryingly looks set to impact Earth. Follow the progress of fictional asteroid #2019PDC and the response on the ground, over the next few days of the #PlanetaryDefense Conference. #FictionalEvent🌍☄️"

The asteroid scientists who take part in the drill are doing so as part of the 2019 Planetary Defense Conference, which is put on by NASA's Planetary Defense Coordination Office and the U.S. Federal Emergency Management Agency. The scientists will be assigned different roles, such as "space agency," "astronomer" or "national government," and will work off what each other is doing, the ESA added in the statement.

In 2016, NASA formalized the agency’s prior program for detecting and tracking near-Earth Objects (NEOs) and put it inside its Science Mission Directorate.

Though there are 20,000 asteroids (and counting) whose orbit brings them near Earth, NASA has been expanding its protocols for how to take action from a potential collision.

Last June, NASA unveiled a 20-page plan that details steps the U.S. should take to be better prepared for NEOs such as asteroids and comets that come within 30 million miles of the planet.

Earlier this month, NASA awarded a $69 million contract to SpaceX, the space exploration company led by Elon Musk, to help it with asteroid deflection via its Double Asteroid Redirection Test (DART) mission.