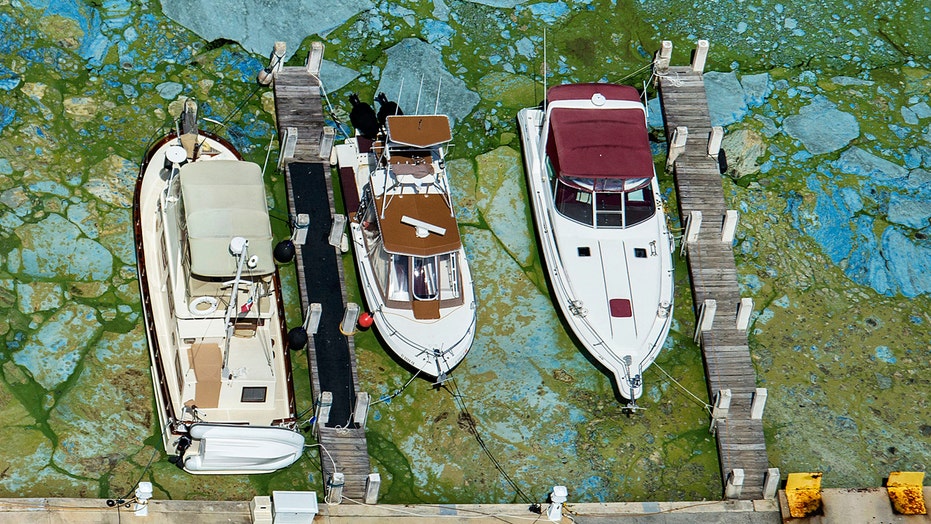 The Army Corps of Engineers has begun taking steps to reduce the thick, putrid algae that is fouling up Florida shorelines just as the summer is kicking off in earnest with the Fourth of July holiday.

The Corps said that they would start reducing the amount of water flowing from Lake Okeechobee into two estuaries as of Friday. The commander of the Jacksonville, Fla. district of the Corps, Col. Jason Kirk,  said that the move came after seeing the slime up close.

“Our water managers have dealt with such large quantities of rain and runoff entering the lake that it would cover the entire state of Delaware in two feet of water,” Kirk said in a statement on Thursday. “However, after visiting with local elected officials in Martin County yesterday and viewing the algae first hand, we felt compelled to take action, even though we need to remain vigilant in managing the level of Lake Okeechobee.”

John Campbell, a spokesman for the Army Corps of Engineers in Florida, told FoxNews.com that they had “implemented the new plan.”

That plan involves lowering the average flow from the lake, so that over the next seven days the flow is lower, on average, that it’s been in the past month.

“We don’t know that it’s going to solve it,” he said, but added that they were hopeful that the reduced amount of freshwater flowing out will allow saltwater from the ocean to help clear out the algae-filled areas. At the same time, the Corps wants to make sure that a dike holding back the lake doesn’t have too much water pressure on it.

On Wednesday, Fla. governor Rick Scott declared a state of emergency in two counties, a move that will allow authorities to better manage the flow of water in and out of the lake. On Thursday, he added two more counties, Lee and Palm Beach Counties, to the scope of the emergency.

These steps by officials are in response to the "guacamole-thick" muck that is fouling a stretch of beaches promoted as Florida's "Treasure Coast," where lawmakers and residents blame the federal government, saying the algae crisis is fueled by freshwater flows controlled by Army officials to protect an erosion-prone dike.

The blue-green algae is the latest contaminant featured in yearslong arguments over water flowing from Lake Okeechobee, which is critical to South Florida's water supply and flood control systems.

Sarah Chaney, a receptionist at Central Marine, said boaters and fisherman are cancelling reservations after seeing reports of the algae, which she called "horrible and disgusting."

"I would describe them as guacamole-thick. And it stinks," said Gabriella Ferraro, spokeswoman for Martin County.

Florida's U.S. senators, Republican Marco Rubio and Democrat Bill Nelson, have joined Martin County commissioners in calling for the Army Corps of Engineers to stop the flow of water between the river and Lake Okeechobee.

Residents and business owners blame the algae on pollutants streaming from the lake.

After touring the St. Lucie River as it passes through downtown Stuart, Nelson said the problems can be traced to Florida's history of diverting water to the ocean.

When Gov. Rick Scott declared a state emergency for the area Wednesday, he blamed the federal government for neglecting repairs to the lake's aging dike that's considered one of the country's most at-risk for imminent failure.

Some residents blamed Scott instead on Thursday. He hasn't done enough to curb pollution from farms north of the lake or purchase land farther south where lake waters could be stored and cleaned, said Irene Gomes, owner of the Driftwood Motel in Jensen Beach.

Scott said in a news release Thursday that the Florida Department of Economic Opportunity will immediately activate a virtual business emergency operations center to assess businesses impacted by the blooms.

Lake Okeechobee is the largest in Florida and the second largest body of freshwater in the contiguous United States. Flooding there after a major hurricane in 1928 killed at least 2,500 people in surrounding communities of mostly poor, black farmworkers.