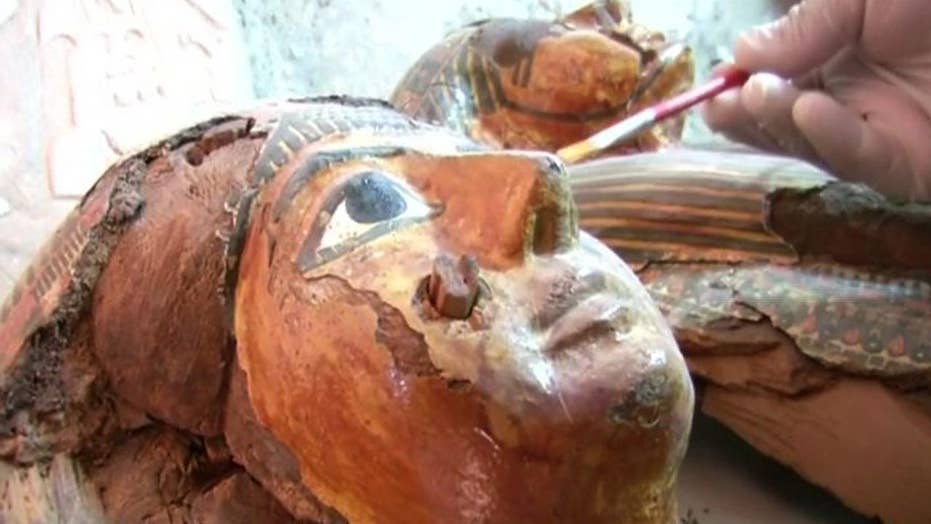 CAIRO – Archaeologists in Egypt have discovered more than 1,000 statues and 10 sarcophagi in an ancient noble's tomb on the west bank of the Nile River in Luxor.

The Antiquities Ministry said Tuesday that the tomb was built for a judge during the New Kingdom period, from roughly 1,500 to 1,000 B.C.

The tomb comprised an open courtyard leading to two halls, one containing four ancient coffins and the other including a chamber that houses six. The head of archaeological mission, Mostafa el-Waziri, says another chamber was found containing the statues, which depict kings from different dynasties.

He said archaeologists expect to find even more statues as the dig continues.