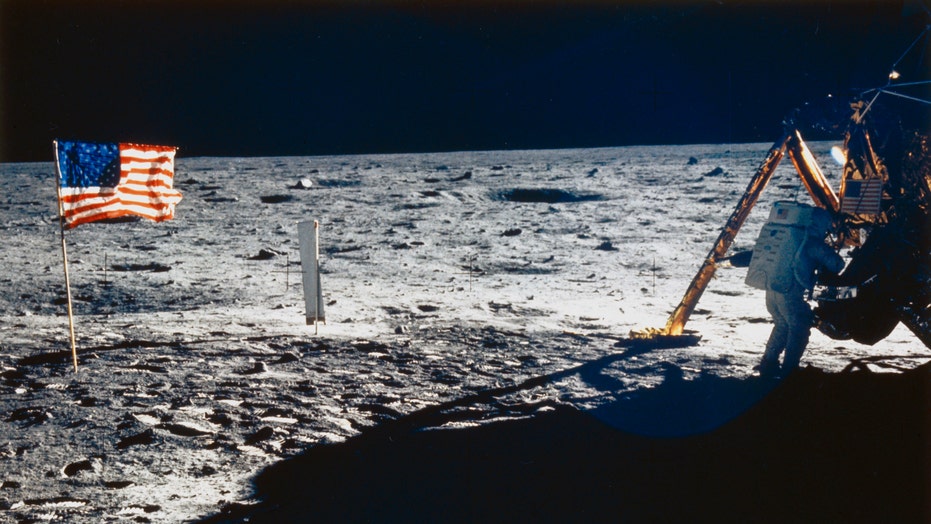 As the 50th anniversary of the Apollo 11 Moon landing draws nearer, Moon-related items are popping up at auction houses with great frequency.

British auction house Christie's is taking the craze one step further, as it is offering several Apollo 11-related items, including the flight plan used onboard and the Apollo 11 Lunar Module Timeline Book, an item deemed to be the "most important manual used" to put a man on the Moon and one that could fetch an out-of-this-world sum.

Christina Geiger, Christie's Head of Books & Manuscripts, said that even though there were over 400,000 Americans who were responsible for helping Neil Armstrong, Buzz Aldrin and Michael Collins with the historic mission, the book has its own special place in history.

"During Eagle’s voyage itself, Armstrong and Aldrin were profoundly alone," Geiger said in a statement obtained by Fox News. "There is no video recording of them and only imperfect audio recording. This book is a unique witness to the first manned lunar landing, arguably the most glorious adventure of all time. We are overjoyed to be given the opportunity to offer this global treasure at auction.”

Christie's notes that the entirety of the Eagle voyage, including inspection, liftoff, touching the lunar surface and ascent, is narrated inside the Timeline Book, which sat between Armstrong and Aldrin as they touched down on the Moon.

It's also the first writing by a human while on another celestial body other than Earth, as Aldrin wrote the Eagle's coordinates in the Sea of Tranquility "within moments of landing."

"Additionally, there are nearly 150 completion checkmarks and other annotations and made in real-time by Aldrin and Armstrong," Christie's added. It has a pre-sale estimate of $7 million to $9 million, according to the auction house.

There are several other Apollo 11-related items that will be included in the July 18 auction, including several pages of the flight plan that flew onboard Apollo 11, with pre-sale estimates ranging between $60,000 and $120,000.

One lot also includes sealed food samples from Tom Stafford's training for Apollo 10, which has a pre-sale estimate between $1,500 and $2,000.

There are also several autographed pictures taken on the Moon that will be up for sale, including Aldrin saluting the U.S. flag, perhaps the most famous image of all.