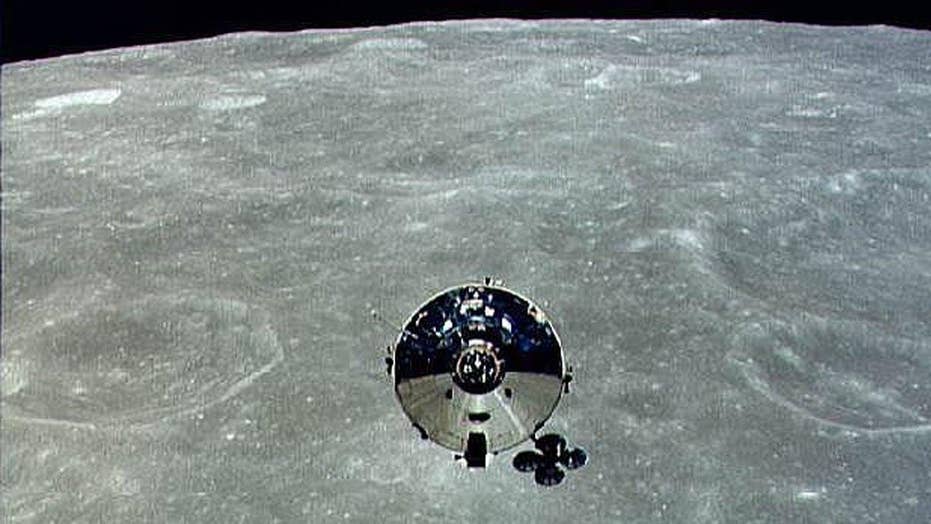 The astronauts who flew the dress rehearsal for the first lunar landing reported hearing mysterious “outer space-type music” while flying behind the moon in May 1969.

The case of the odd, unexplained whistling noise is uncovered during an upcoming episode of the Science Channel series, “NASA’s Unexplained Files.” The episode focuses on a strange event experienced by the crew members of Apollo 10, a mission which flew to the moon, entered lunar orbit and got within 5,000 feet of the moon’s surface in preparation for Apollo 11’s historic flight two months later.

The Apollo 10 astronauts – Tom Stafford, John Young and Eugene Cernan – can be heard on recordings from the flight talking about the strange sound, and whether to tell NASA about it.

“It sounds like, you know, outer space-type music,” one of the astronauts says.

“Shall we tell [NASA] about it?” an astronaut asks.

“I don’t know,” another replies. “We ought to think about it.”

There’s no record of the astronauts discussing the noise with NASA or with the public. It’s unclear if the astronauts ever heard the noise on subsequent passes on the far side of the moon or if other astronauts on subsequent missions heard the sound. Young eventually flew back to the moon and walked on it as the commander of Apollo 16. Cernan commanded the Apollo 17 mission and was the last man to walk on the moon. Stafford flew in space again, but never journeyed back to the moon.

The May 1969 tapes were recorded while Stafford, Young and Cernan were on the far side of the moon, out of radio communication with Earth. The whistling sound lasted nearly the entire hour the astronauts were out of touch. Later, the recordings were sent back to Mission Control where they were transcribed, archived and classified, per protocol.

The conversation was eventually unearthed in 2008.

Some technicians have speculated the sound may have originated from interference from VHF radios on the command module and lunar module interacting with each other, according to researcher and author Andrew Chaikin.

But not everyone buys that explanation.

“The Apollo 10 crew is very used to the kind of noise that they should be hearing,” Apollo 15 Command Module Pilot Al Worden said in a clip from the episode. “Logic tells me that if there was something recorded on there, then there was something there.”