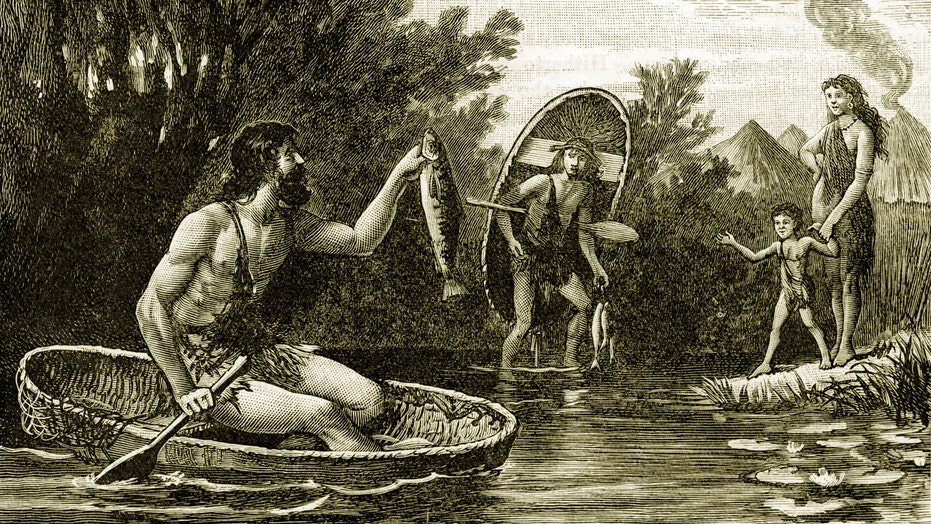 Ancient Britons should have cooked their fish more.

A recent study from the University of Cambridge revealed that Bronze-Age Brits had worms in their kidneys measuring over three feet in length. Researchers believe that the people caught the deadly worms--along with a host of other parasites--by eating raw fish, frogs, and shellfish caught in freshwater marshes.

The ancient Brits described in the study, which was published in the journal Parasitology,  lived in a settlement called Must Farm, located on a marsh in eastern England.

Their houses sat on stilts built above the water, and people were able to walk to different islands in the marsh by wooden causeways.

Though the settlement burned down 3,000 years ago in a huge fire, many artifacts fell into the mud, where they were preserved, leading local archaeologists to refer to the charred remains of the place --which were discovered in 1999-- as “Britain’s Pompeii.”

Human feces were also preserved in the mud, and were analyzed by the University of Cambridge team.

“We were able to obtain samples of fecal matter in two ways,” lead study author Piers Mitchell, Ph.D., of Cambridge’s Department of Archaeology told Fox News. “Firstly, we sampled the mud underneath and around each of the huts, and secondly the coprolites (preserved pieces of feces) were identified in the mud by the archaeologists as they excavated the site.”

In this fossilized fecal matter was where they found remarkably well–preserved parasite eggs.

The researchers believe that human and animal waste accumulating in the stagnant waters around the settlement infected the fish, frogs, and shellfish with parasites, which would then infect humans when eaten raw.

While some of the parasites found– which included fish tapeworms and Echinostoma worms– can cause conditions like anemia, the giant kidney worm can actually kill you.

“The giant kidney worm can destroy the kidney in which they grow, and we only have two kidneys,” Mitchell explained. “Therefore a worm in each kidney could lead to the eventual death of the infected person from kidney failure. Fish tapeworm and Echinostoma worm infection would not kill the host, but can lead to malnutrition and intestinal inflammation in those infected by many worms."

The team found that parasites infected local dogs as well, leading them to believe that the ancient Brits shared food with their pets.

Also infecting animals were pig whipworm and Capillaria worm, so it seems that everything in the area-- human or animal-- had some kind of parasite to deal with. Still, while the findings of the study aren’t pretty, Mitchell and his team are very pleased with their discovery.

“It was great to find the earliest evidence for fish tapeworm, giant kidney worm, and Echinostoma worm so far discovered in Britain,” he said. “This shows that living in the wetlands protected them against the types of parasites that typically infected Bronze Age farmers of the time, but put them at risk of new species of parasites they caught from eating foods obtained from the water around them."