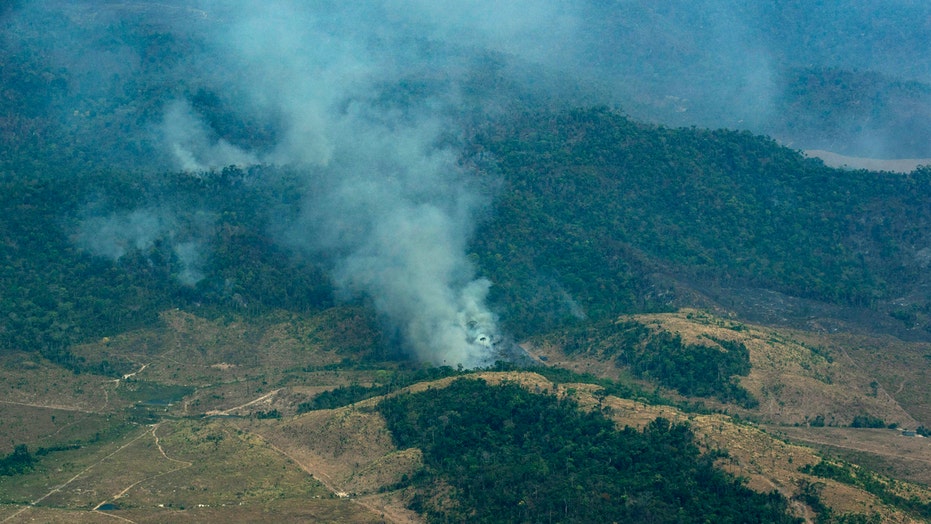 A shocking new study suggests that the Amazon rainforest could reach the "point of no return" and disappear within 50 years.

The research, published in Nature Communications, notes that the Amazon and other large ecosystems like it could become "a savannah-type ecosystem with a mix of trees and grass within 50 years."

“Unfortunately, what our paper reveals is that humanity needs to prepare for changes far sooner than expected,” said the study's co-author, Dr. Simon Willcock, in a statement.

Wilcox and the other researchers used real-world data to come up with their conclusion, citing the instances such as the recent fires in both the Amazon and Australia.

In November, Fox News reported that deforestation, which played a major part in the fires, hit an 11-year high.

“These rapid changes to the world’s largest and most iconic ecosystems would impact the benefits which they provide us with, including everything from food and materials, to the oxygen and water we need for life,” Wilcox added.

While the pace of the potential change is breathtaking, it's possible that other ecosystems, which contain species that interact with others, take longer to collapse. The experts cited elephants as a "key stone" species that has a "disproportionately large impact on the landscape – pushing over trees, but also dispersing seeds over large distances."

If there were a loss of a such species, it would "lead to a rapid and dramatic change in the landscape within our lifetime," according to the statement.

“We intuitively knew that big systems would collapse more slowly than small ones – due to the time it takes for impacts to diffuse across large distances," the study's co-author, John Dearing, added. "But what was unexpected was the finding that big systems collapse much faster than you might expect – even the largest on Earth only taking possibly a few decades.”