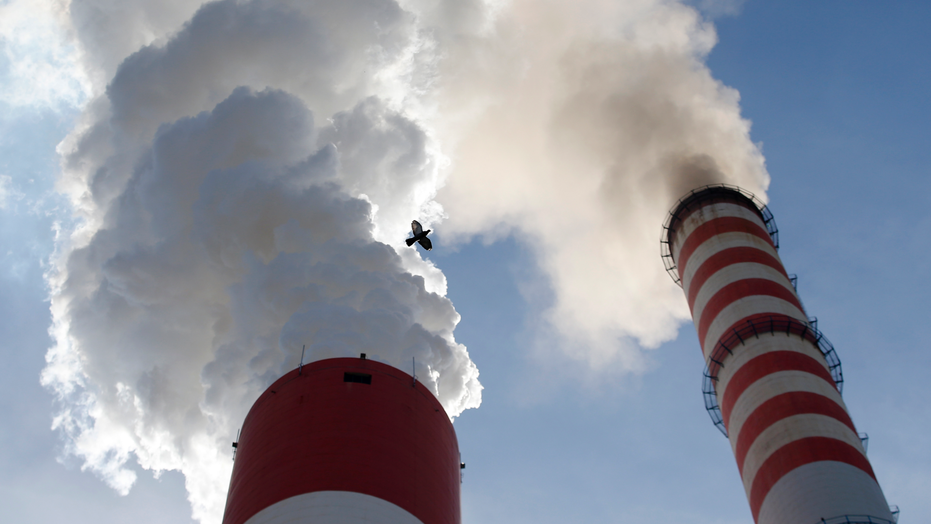 A new study says air pollution has become a "pandemic" and is cutting "nearly three years" off people's lives.

The research, published in the scientific journal Cardiovascular Research, notes that pollution is more responsible for shortening people’s lives than "wars and other forms of violence," as well as "parasitic and vector-born diseases such as malaria, HIV/AIDS and smoking."

FILE - In this Wednesday, Oct. 3, 2018 file photo, a bird flies past as smoke emits from the chimneys of Serbia's main coal-fired power station near Kostolac, Serbia.  (AP Photo/Darko Vojinovic, File)

CORONAVIRUS OUTBREAK IN CHINA HAS ONE UNEXPECTED SIDE-EFFECT

The researchers used a new method of modeling the various sources of air pollution and their effect on death rates and estimated that an extra 8.8 million died prematurely in 2015, the equivalent of shortening the lives of everyone around the globe by "nearly three years."

Smoking and HIV kill 7.2 million and 1 million lives every year, respectively, reducing people's life spans by 2.2 and 0.7 years, according to the data. Malaria kills approximately 600,000 people every year, shortening life spans by 0.6 years. Violence, including wars, accounts for 530,000 deaths annually.

The study's co-author, Thomas Münzel, said that the results of the study show that the pollution problem is truly a global issue and an "air pollution pandemic."

"Policy-makers and the medical community should be paying much more attention to this," Münzel added. "Both air pollution and smoking are preventable, but over the past decades much less attention has been paid to air pollution than to smoking, especially among cardiologists."

“It is important that policy-makers and the medical community realize that air pollution is an important risk factor for heart and blood vessel disease," Münzel continued. "It should be included as risk factor, along with smoking, diabetes and high blood pressure and cholesterol, in the guidelines of the European Society of Cardiology and the American Heart Association on the prevention of acute and chronic heart syndromes and heart failure.”

In June 2019, Environmental Protection Agency data analyzed by the Associated Press noted that there were more polluted air days in the first two years of the Trump administration than any of the four years prior.

Five hundred and thirty-two American metro areas reported a total of 4,134 days in 2018 when the official air quality index passed 100, which means it is unhealthy for people with heart and lung disease, the elderly and the very young. That's about 15 percent more bad air days per city than the average for 2013 to 2016, America's clean air heyday.

About 100,000 Americans each year die prematurely because of polluted air, studies show.

Satellite imagery from NASA and the European Space Agency spotted an enormous decline in airborne pollutants, specifically nitrogen dioxide (NO2), in large areas of China, due in large part to shuttering factories in an effort to curb the spread of the novel coronavirus.