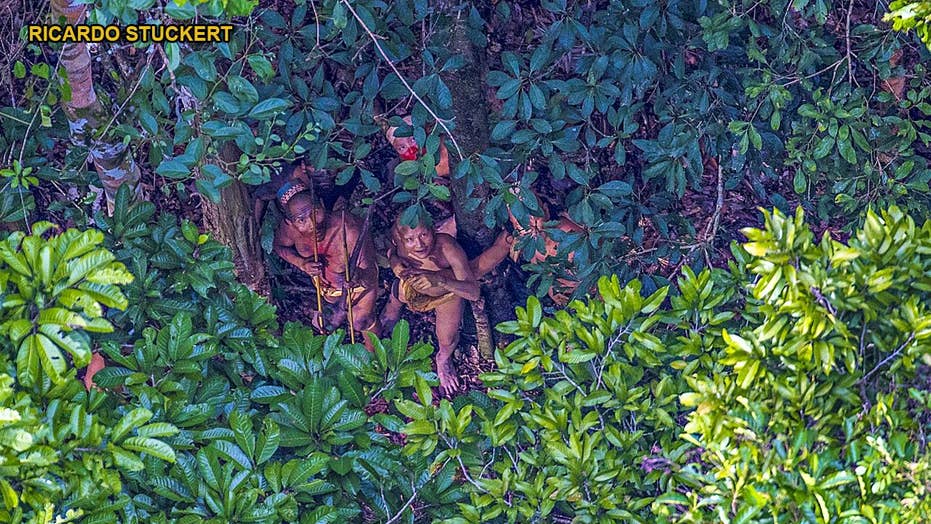 Members of an uncontacted tribe, said to include women and children, have allegedly been massacred by gold miners in a remote part of the Brazilian Amazon.

Federal prosecutors in Brazil have opened an investigation into the reported massacre of about 10 members of the tribe, according to the New York Times.

FUNAI, the Brazilian government Indian Affairs department, told Fox News that at its request, the Federal Public Prosecutor's Office of Tabatinga in the state of Amazonas, has been investigating the alleged killings, together with the Federal Police.

The New York Times reports that the investigation was launched after the gold miners were heard bragging about the killings in a bar. The miners reported brandished a hand-carved paddle taken from the tribe.

The reported massacre took place last month along the River Jandiatuba in Western Brazil, according to tribal advocacy group Survival International, which reports that more than ten members of the tribe were massacred. “If confirmed, this means up to a fifth of the entire tribe have been wiped out,” the group added in a statement.

Survival International noted that women and children are believed to be among the dead.

FUNAI says that the area under investigation is near the Jandiatuba and Jutaí rivers, near Brazil’s border with Peru, about 621 miles from the city of Manaus.

The miners who discussed the attack were arrested and questioned but have not confirmed the deaths. “To date, no material evidence has been found to substantiate the alleged massacre, so it is not possible to confirm the veracity of the deaths,” said FUNAI.

The alleged massacre highlights the threats faced by remote tribes, from violence to exposure to diseases carried by newcomers such as flu and measles.

Survival International says that there is inadequate government funding in Brazil for groups protecting indigenous territories in the Amazon. “The Indians are more vulnerable now than they have been for years, as they’re now at the mercy of thousands of loggers and goldminers who are massing on their borders, or actually invading with impunity,” said Survival International Director Stephen Corry, in a statement emailed to Fox News. “Only a global outcry can prevent more Indians from being killed.”

In its statement, FUNAI said that, last month, authorities conducted an operation to combat illegal mining in the region where the attack is said to have taken place. The operation resulted in the destruction of four dredgers. Six miners were fined more than 1 million Brazilian Reals ($322,190) for environmental crimes.

Brazil’s Federal Prosecution Service (MPF) says that it has received reports of violence, child prostitution, and homicides in the area.

Survival International estimates that there around 100 uncontacted tribes in the world, the vast majority of which are in the Amazon.

WORLD'S TALLEST TROPICAL TREE IS TALLER THAN THE STATUE OF LIBERTY

The outside world occasionally gets a glimpse of uncontacted and isolated tribes in remote parts of the Amazon when they are caught on camera.