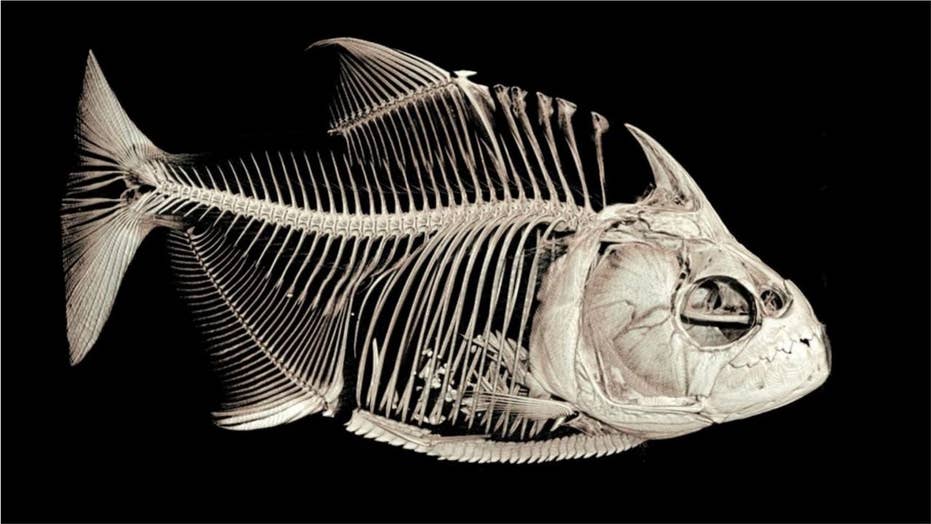 Piranha teeth stun researchers at the University of Washington after their amazing discovery.

Piranhas are among the most deadly creatures in the water, with razor-sharp teeth capable of slicing flesh easily, but a fish in the Amazon River basin has developed a "bulletproof vest" to protect itself from piranhas' nasty bite.

Researchers have described in detail for the first time the armor on the freshwater fish, known as Arapaima gigas. The fish has a tough, albeit flexible, inner layer bound by collagen to mineralize the outer layer of scales. In addition, A. gigas can weigh in excess of 300 pounds (150 kilograms) and surpass 10 feet in length.

"Similarly, bulletproof vests are made of several layers of flexible webbing sandwiched between layers of hard plastic," according to a statement describing the findings. "But man-made materials are bound using a third adhesive material, whereas the fish's scales are bound on an atomistic level; they grow together, weaving into one solid piece."

"A window may appear strong and solid, but it has no give. If something attempted to puncture it, the glass would shatter," said one of the study's co-authors, Robert Ritchie, in the statement. "When nature binds a hard material to a soft material, it grades it, preventing this shattering effect. And in this case, the binding structure is mineralized collagen."

“It is true that the natural armor is similar to artificial body armor because of the similar scale overlapping system. However, the natural armor such as these fish scales is tough and much lighter, without impeding body flexibility and locomotion,” the study's lead author, Wen Yang, said in an interview with Reuters.

The researchers said that the toughness of the fish's surface layer "indicate[s] that they are among the toughest of nature's flexible biological materials," according to the study's abstract.

Piranhas are among the most deadly creatures in the water, with razor-sharp teeth capable of slicing flesh easily. (Photo: Andrew O’Reilly/Fox News)

“Remember that the fish scales were developed through hundreds of millions of years," Yang continued. They are very advanced.”

The research has been published in the scientific journal Matter and was backed by the U.S. Air Force Office of Scientific Research.

A separate study published in August looked into how piranhas, which are omnivores, are able to regenerate rows of teeth simultaneously. The teeth are also interlocked, which makes them act as a single unit, researchers discovered.