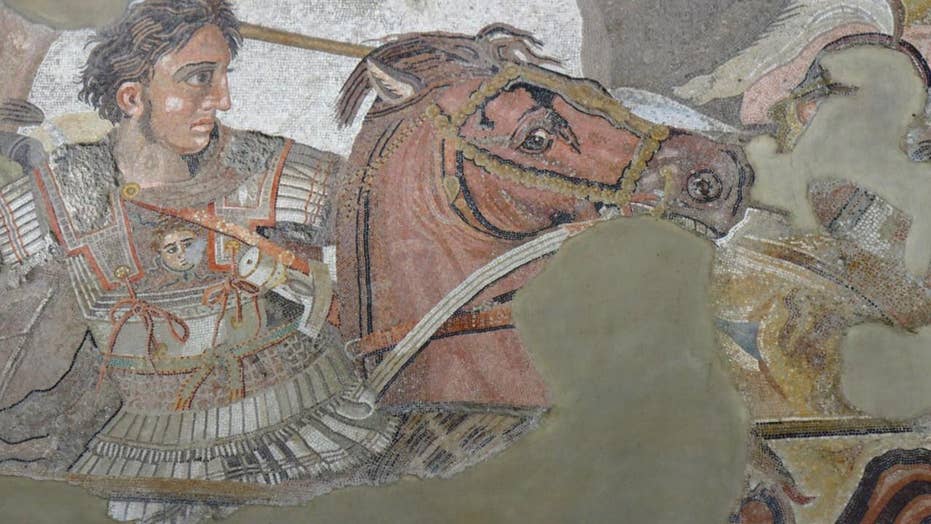 The death of Alexander the Great — one of the history’s most famed conquerors — has long been a mystery. And theories surrounding his death are endless: Did he die of typhoid or malaria? Was his death caused by alcoholism? Was he murdered with poison?

While the world may never know for sure, Katherine Hall, a senior lecturer at the Dunedin School of Medicine at the University of Otago, New Zealand, has provided a new possibility.

She believes a neurological disorder called Guillain-Barré syndrome (GBS) may have killed the former king of Macedonia, who died in Babylon at the age of 32 in the year 323 B.C.

A notable aspect of Alexander the Great’s death is that his body allegedly did not show any signs of decomposition until six days after he supposedly died. For the Ancient Greeks, this was proof he was a god. For Hall, this aspect of his death left questions — many of which were left unanswered by past theories.

“In particular, none have provided an all-encompassing answer which gives a plausible and feasible explanation for a fact recorded by one source — Alexander’s body failed to show any signs of decomposition for six days after his death,” Hall said in a statement.

If the six-day legend is true, Hall argues, it could mean Alexander wasn’t actually dead at the time ancient accounts say he passed.

To support her thesis, Hall researched GBS — a rare neurological disorder which causes the body’s immune system to attack the nerves. The condition can cause paralysis, which typically comes after someone with GBS experiences muscle weakness and prickling or pins and needles sensation in the fingers, toes, ankles or wrists.

Other symptoms include difficulty speaking and chewing, a rapid heart rate, trouble breathing and “severe pain that may feel achy or cramp-like and may be worse at night,” the Mayo Clinic says.

Alexander the Great allegedly had a fever, severe abdominal pain and “progressive, symmetrical, ascending paralysis” shortly before his death, Hall said. He was also said to have been compos mentis — or sound of mind — until just before his death.

In Hall's theory, which was recently published in The Ancient History Bulletin, she argues these details of Alexander’s death, especially that he remained compos mentis, suggests he contracted a variant of GBS, “which produced paralysis but without confusion or unconsciousness."

"His death may be the most famous case of pseudothanatos, or false diagnosis of death, ever recorded."

The disorder could have also made his breathing less noticeable. In Alexander the Great's time, the presence of breathing (rather than feeling for a pulse) was how death was determined.

Alexander's reported paralysis, in addition to his “lowered oxygen demands” which would have made his breathing less visible, implies “the preservation of his body [was] not occurring because of a miracle, but because he was not dead yet," the University of Otago explains in a statement.

"I have worked for five years in critical care medicine and have seen probably about 10 cases [of GBS]. The combination of ascending paralysis with  [a] normal mental ability is very rare and I have only seen it with GBS," Hall told Fox News on Friday.

Still, Hall continues to question how much awareness Alexander had during the six days "when he couldn’t move a muscle."

"His sight would have been blurred and if his blood pressure was too low he would have been in a coma. But there is a chance he was aware of his surroundings and could at least hear. So he would have heard his generals arguing over the succession, hear the arrival of the Egyptian embalmers, hear that they were about to start their work," she said.

"The mind boggles really," she added, noting she believes her hypothesis is the first to "seriously address the issue of his body not decomposing for six days after he ‘died’ providing a scientific rationale for why and how this could have happened."

With her theory, Hall "wanted to stimulate new debate and discussion and possibly rewrite the history books by arguing Alexander’s real death was six days later than previously accepted. His death may be the most famous case of pseudothanatos, or false diagnosis of death, ever recorded," she said in the statement.