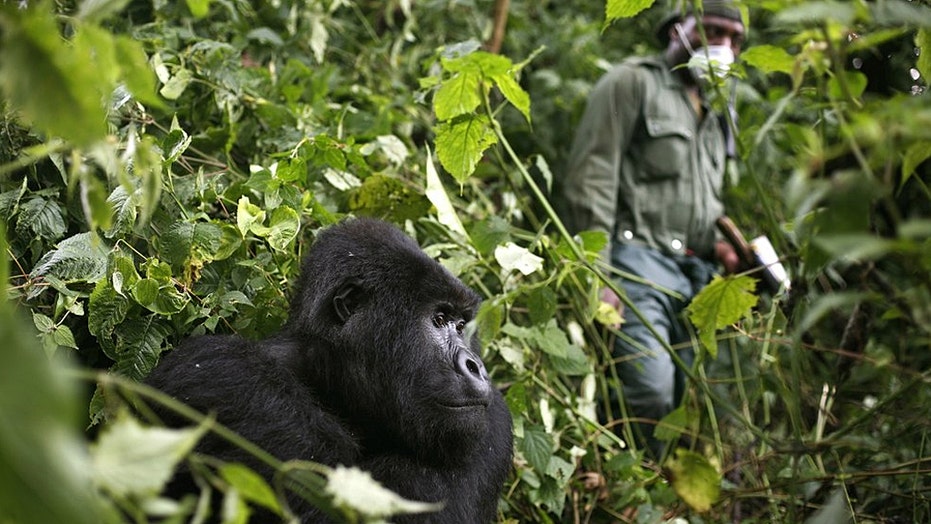 The coronavirus is putting at risk another vulnerable species, Africa’s endangered mountain gorillas, prompting the closure of a large national park that is home to a third of those gorillas in the world.

Virunga National Park in the Congo said that it will bar visitors to the park until June 1 amid the rapidly unfolding situation regarding the global spread of COVID-19.

Park officials said that action was taken following “advice from scientific experts indicating that primates, including mountain gorillas, are likely susceptible to complications arising from the COVID-19 virus.”

Neighboring Rwanda also is temporarily shutting down tourism and research activities in three national parks that are home to primates such as gorillas and chimpanzees, The Associated Press reported.

Primates can catch respiratory illnesses from humans and mountain gorillas can die from the common cold, according to BBC Wildlife magazine, citing the World Wildlife Fund.

Conservationists have applauded the closure.

Paula Kahumbu, chief executive of the Kenya-based conservation group WildlifeDirect, told the AP that “every possible effort must be made” to protect mountain gorillas because so few are left in the wild.

“We know that gorillas are very sensitive to human diseases,” she said. “If anyone has a cold or a flu they are not allowed to go and see the gorillas. With coronavirus having such a long time of no symptoms in some cases, it means that we could actually put those gorillas at risk.”

Uganda has placed its gorillas off limits to tourists, although tourist traffic from Europe and elsewhere has dwindled.

A spokesman for the Uganda Wildlife Authority, Bashir Hangi, said the decision on whether to shut down gorilla tourism is now academic as there is almost no business amid the outbreak.

Still, he said, the few tourists who come are screened for fever and other symptoms and must obey rules such as not standing within 21 feet of a gorilla family.