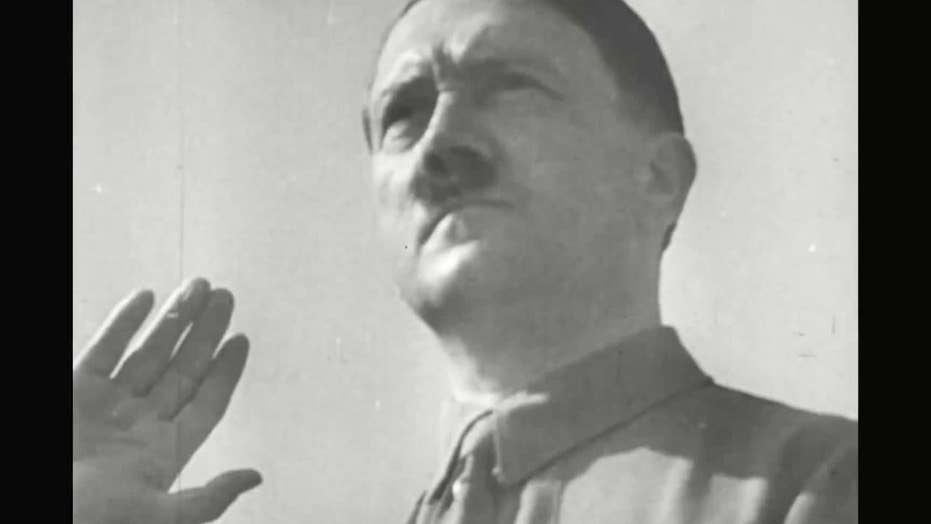 A group of French researchers claim Adolf Hitler definitely died in Berlin in 1945.

A team of French researchers who recently examined Adolf Hitler's remains say the leader of the Nazi party definitely died in Berlin and not elsewhere, as has been rumored about for decades.

“There is no possible doubt. Our study proves that Hitler died in 1945,” co-author Philippe Charlier told AFP by way of The Washington Post, following the paper's publication on the European Journal of Internal Medicine.

Charlier and other researchers persuaded the Russian government, the entity that discovered Hitler's body, to let them look at the last bits of his remains — a part of Hitler's skull with a bullet hole and a set of teeth. The teeth were compared to the autopsy done in 1945 and it was confirmed they were indeed Hitler's teeth.

The study also showed that his teeth did not have any traces of tartar or meat particles, indicating he was a vegetarian, according to Tech Times.

"The teeth are authentic, there is no possible doubt. Our study proves that Hitler died in 1945," Charlier said in comments obtained by The Washington Post.

"In this context, for the first time since 1946, the Russian Secret Services (FSB and GARF) gave us full access to the remains in order to make an independent scientific analysis," the study's abstract reads.

"In March and July 2017, two campaigns of anthropological examination were carried out: direct and under binocular lenses osteological/morphological investigation, followed by minimal sampling for SEM examination and elemental analyses."

The abstract adds that "Hitler's alleged remains in Moscow, Russia, is a scientific and historical fantasy since the death of the dictator in Berlin on April 30, 1945."

A recently declassified CIA document found that Hitler escaping to Argentina was a rumor so credible that the agency had investigated the matter as late as 1955 — nearly a decade after World War II ended.

The document, which appears on the CIA's website, highlights a former SS soldier who told spies he had regularly met with Hilter in Colombia. "CITROEN [a CIA source] claimed to have contacted HITLER about once a month in Colombia on his trip from Maracaibo to that country as/an employee of the KNSM (Royal Dutch) Shipping Co. in Maracaibo," the document reads.

Other rumors have persisted for years about Hitler's ultimate fate. Some said he died in battle, while others suggested he lived working as a casino croupier in France or that he escaped on a German U-boat to a secret Nazi base in Antarctica.

Hitler's remains have been tested by researchers prior to Charlier and his team examining them.

In 2009, researchers from the University of Connecticut did DNA testing on Hitler's skull and concluded that it belonged to a woman, between the ages of 20 and 40.

"What the DNA told us is that it was female," archaeologist and bone specialist Nick Bellantoni said at the time. Bellantoni conducted the tests along with his partner, professor Linda Strausbaugh.

After Bellantoni and Strausbaugh released their findings, however, the Russian government insisted that the remains were Hitler's.

Hitler committed suicide by taking a cyanide capsule and shooting himself. His wife Eva Braun killed herself by swallowing a cyanide pill. His body was later discovered by Soviet soldiers and buried in an unmarked spot.

A German court declared Hitler dead, but not until 1956, more than a decade after the war ended.