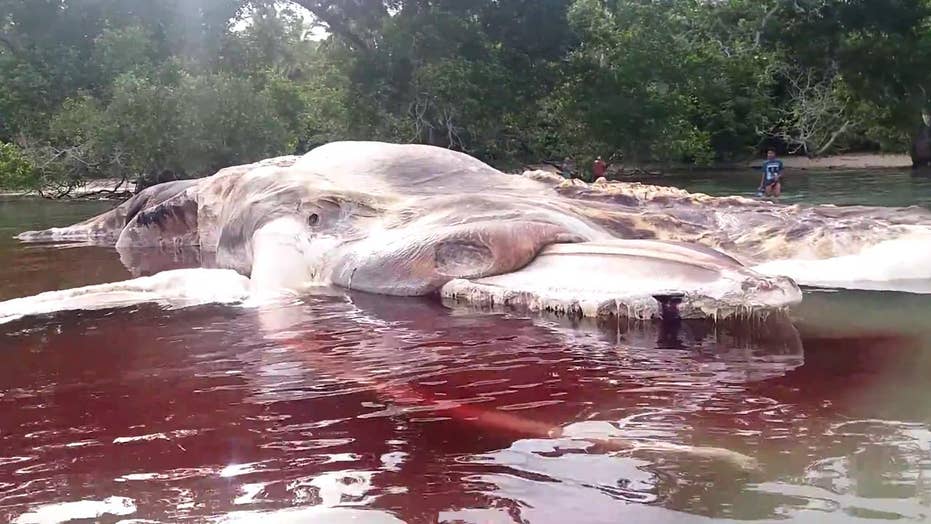 Locals puzzled after massive sea creature washes up on beach

The rotting corpse of a 50-foot-long dead sea creature washed up on a beach in Indonesia last week — while locals took photographs with their smartphones that went around the world of the unidentifiable corpse, according to The Washington Post.

George Leonard, the chief scientist at the Ocean Conservancy, told The Huffington Post that the corpse probably was a baleen whale — based on its skeleton and the presence of baleen, a
filter-feeder mouth system.

Decomposition gases bloated the whale, and some of the noxious gases were seeping out. Seram, the largest island in the Maluku Island group, is near the migration routes for baleen whales. Locals have asked the government to help remove the carcass, The Huffington Post reported.

Dead whales usually sink to the bottom of the ocean — providing food for years for the creatures that live at sea depths, according to Live Science. The publication theorized the whale had a bacterial infection that produced more gases or that it possibly died in warm waters, allowing bacteria to accumulate and gases to expand its body. It also could have died an unnatural death after being clipped by a ship.