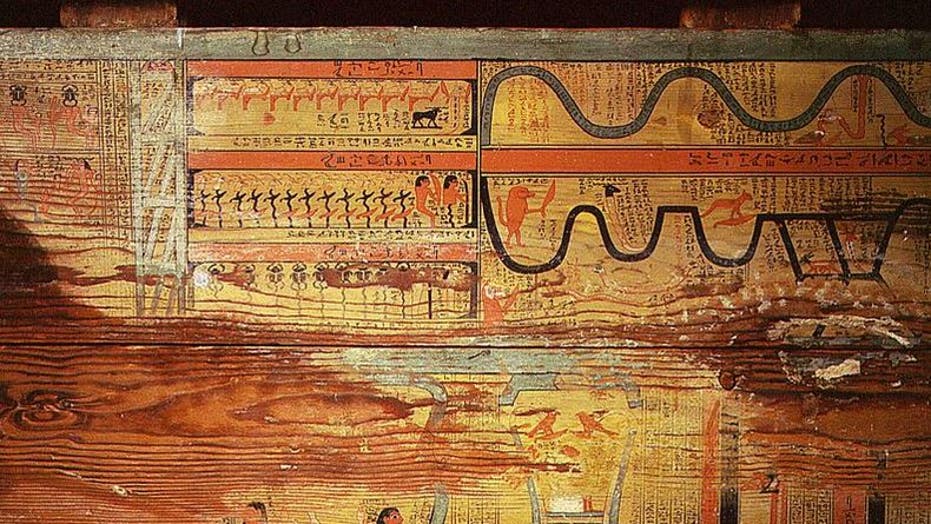 Archaeologists have unearthed a 4,000-year-old copy of a guidebook that provided ancient Egyptians with two pathways to a glorious afterlife.

Known as the "Book of Two Ways," the intricate map could be the first illustrated "book" in history, according to a report in The New York Times.

“The ancient Egyptians were obsessed with life in all its forms,” Rita Lucarelli, an Egyptology curator at the University of California, Berkeley, told the Times. “Death for them was a new life.”

The floor of one of the coffins of Gua, a physician of the governor Djehutyhotep. (Werner Forman/Universal Images Group via Getty Images)

According to the Times, the guidebook would have provided directions and spells to help Egyptians navigate challenges in the underworld, whether a soul chose to travel by land or by sea, in order to reach the realm of Osiris, the god of death.

Rebirth in ancient Egypt was linked closely to male gods, researchers have noted, and dead women were reportedly expected to adopt the pronoun "he" to be more like Osiris.

“The funny thing is the whole idea of how you survive in the netherworld is expressed in male terms,” study author Harco Willems, an Egyptologist at the University of Leuven in Belgium, told New Scientist.

The discovery was described in a paper in the Journal of Egyptian Archaeology and gives researchers a better sense of how ancient literature developed.