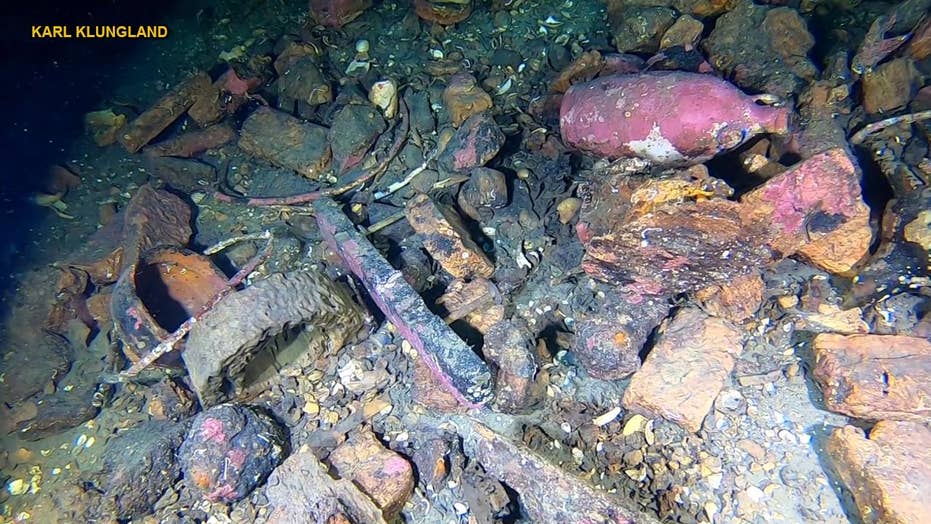 Members of the Sogne Diving Club in Norway have discovered the wreck of an 18th-century Dutch merchant ship, the Juffrau Elisabeth, after a 40-year search for the vessel that sank 'under dubious circumstances.' The ship sank on March 21, 1760, off the Sogne archipelago, and was found on March 10, 2019.

Divers in Norway have discovered the wreck of an 18th-century Dutch merchant ship that has eluded searchers for decades.

Members of the Sogne Diving Club in southern Norway found the undisturbed wreck of the Juffrau Elisabeth, according to a statement released by Norway’s Directorate for Cultural Heritage on Oct. 25.

"This discovery is important because no one has been robbing this wreck for items," Karl Klungland, head of the Sogne Diving Club told Fox News, via email, noting that the ship's artifacts are still on the seabed.

The diving club hopes that some objects can be recovered from the wreck site and exhibited in a local museum.

"We are also hoping that remaining objects can be kept at sea bottom so that other divers can get the same feeling as we got when we discovered this untouched wreck," Klungland added.

A composite image of the wreck site generated from several thousand photos of the Juffrau Elisabeth wreck. taken by Karl Klungland. (Karl Klungland/Sjøfartsmuseet)

“The vessel sank under dubious circumstances and the Dutch Captain Pitter Eelkesh later received criticism during the inquiry,” said Norway’s Directorate for Cultural Heritage in the statement.

With all of her sails up, Juffrau Elisabeth struck several skerries, or small rocky islands, according to the Directorate. “The recent discovery is significant, and it will be an incredible source of information for scientists,” it added. “There are very few preserved shipwrecks from this period in Norway.”

Hanna Geiran, director general of the directorate, described the discovery as an “incredible find” in the statement.

The Directorate said that Sogne Diving Club will receive “a record-breaking finder’s reward” for discovering the shipwreck.

NRK reports that the Sogne Diving Club has been searching for the wreck of the Juffrau Elisabeth for 40 years. The wreck was found on March 10, 2019, according to NRK.

Klungland told Fox News that the diving club was founded in 1979. Divers who subsequently became members of the club were already searching for the wreck at that time, he explained.

The Norwegian Maritime Museum will now document the wreck site. Photogrammetry will be used to create a 3D-model of the wreck and an underwater drone will take photos of the wreck. Some artifacts will also be retrieved from the ship’s final resting place, according to officials.

In a separate project, experts have harnessed virtual reality to create a stunning virtual dive of a 17th-century shipwreck. The Dutch merchant ship Melckmeyt or “Milkmaid” was wrecked off a remote Icelandic island on Oct. 16, 1659.

The ship was on a secret trading mission when it sank during a sudden storm. Digital archaeology specialists from Australia’s Flinders University have worked with maritime archaeologists at the University of Iceland to create a 360-degree virtual view of the wreck, which was discovered in 1992.

Earlier this year, archaeologists in South Africa announced the discovery of the long-lost wreck of a Dutch merchant ship that played a crucial role in the country’s colonial history.

The Dutch East India Company vessel “Haarlem,” or “Nieuw Haarlem,” became stranded in Table Bay on the evening of March 25, 1647.