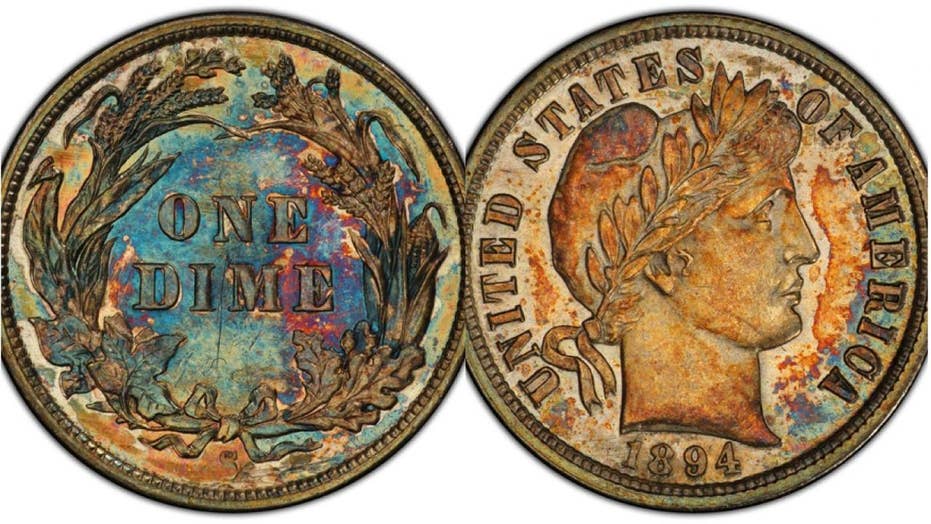 Extremely rare 1894 dime expected to sell for over $1 million

One of nine 1894-S dime is headed for the auction but it will cost you.

An extremely rare 1894 dime, one of only 24 minted, is expected to sell for over $1 million when it is auctioned next week.

Only nine of the rare 1894-S dimes are known to exist, according to auction house Stack’s Bowers Galleries. Online bidding for the coin had already reached $850,000 Wednesday.

The dime will be auctioned on Aug. 15 at the American Numismatic Association World’s Fair of Money in Chicago.

A rare 1876 20-cent piece will also be auctioned at the event. “The 20-cent piece was meant to replace the quarter at the time, but as we know, that didn’t happen,” a spokesman for Stack’s Bowers Galleries told Fox News. “It just never really caught on with the public.”

First issued in 1875, 20-cent coins are described by Stack’s Bowers Galleries as “a one-year wonder.”

Some 10,000 20-cent pieces were minted by the Carson City Mint in 1876 but were ordered by the government to be destroyed. The coin being auctioned in Chicago is one of only 20 from the 10,000 minted at Carson City that escaped the melting pot.