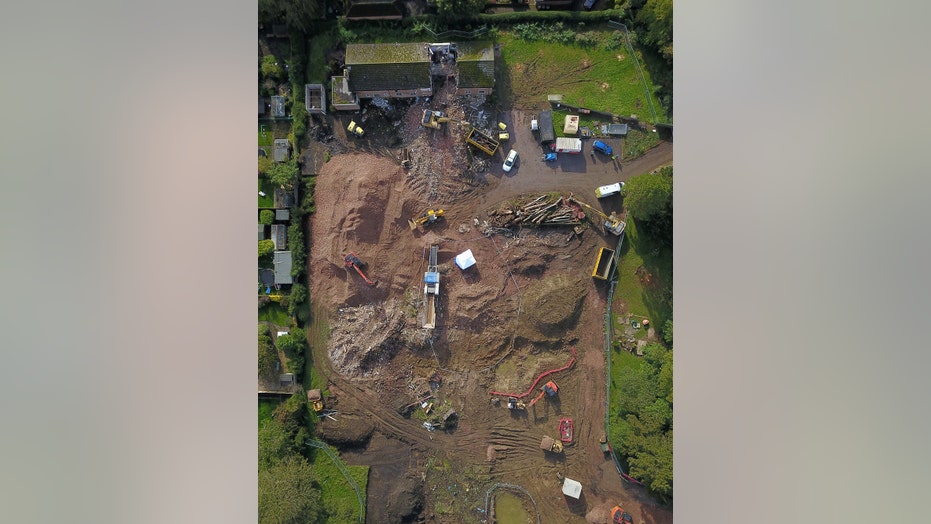 Human remains believed to be 1,400 years old have been found under a former nursing home in England, a discovery that has been described as "eerie."

The bones were discovered on Oct. 17, 2019, as workers cleared the site of the former Catherine Dalley House in Melton Mowbray, Leics, British news agency SWNS reports. The police were then called to the location, as were archaeologists, who used carbon dating to confirm the bones are from between 635-685 A.D.

“During the past couple of months, we have been carrying out inquiries with contractors at the site as well as with a team of archaeologists," Leicestershire Police Detective Tim Lindley said in comments obtained by SWNS. Lindley added that it has been "a lengthy process to establish the facts."

At the time of the discovery, onlookers speculated the bones were there long before the building itself and some described the discovery as "eerie."

“There’s usually a grinding sound coming from the site but then there was silence," Hilary Lawrence, a former history teacher who lives across the street from the site. "It was eerie."

“We haven’t got a clue who it is," Lawrence, 65, added. "Where the tent is was the car park from the old people’s home. I would imagine [the bones] pre-date the home. I’m thinking they are going to be old bones and not from the inmates.”

Another onlooker, Keith Hallam, said the bones were "just under the surface," but did not know to whom they belonged. He added that Catherine Dalley was a hunting lodge in the 19th century.

Officers have set up a forensic examination tent at the old Catherine Dalley House residential home, which is being demolished to make way for more than 50 retirement living apartments and bungalows. (Credit: SWNS)

"Cotswold Archaeology Ltd will now carry out their own research into the history of this finding," Lindley added.

The former nursing home, which was closed in 2016 after it was revealed it would cost nearly $500,000 to upgrade, is being demolished. The site will be used for 50 retirement bungalows and apartments as part of a multimillion-dollar project.