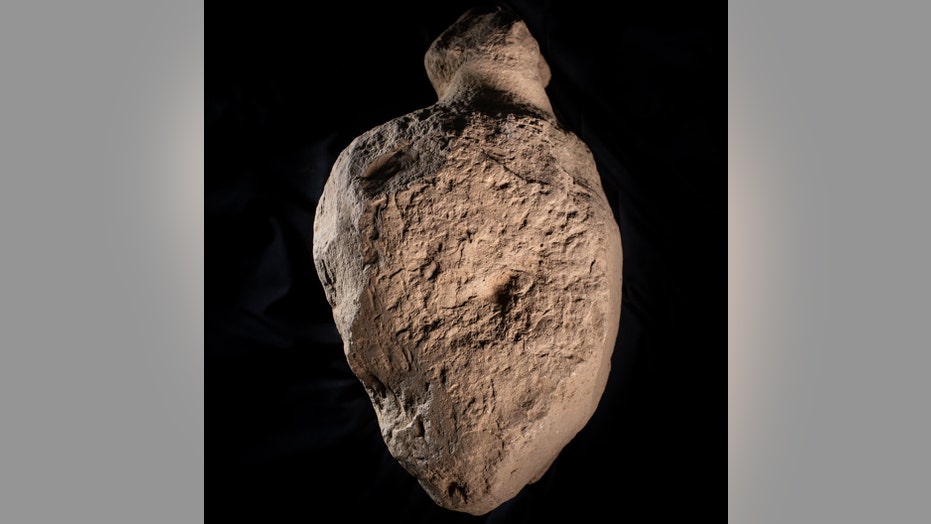 Researchers have discovered nine stone-carved objects off the coast of Scotland that are believed to be around 4,000-years-old. Some of them "look remarkably like stylized representations of the human form," puzzling the experts.

The objects were found on the Mainland of Orkney and are approximately 1.6 feet tall, according to a statement from the Orkney Research Centre for Archaeology (ORCA).

"The archaeologists working on site uncovered the carved stones scattered around a hearth within the remains of an enigmatic structure that contained three cists, two hearths and a partial ring of holes packed with broken off upstanding stones," ORCA said in the statement.

One of the figurines unearthed at Finstown, Orkney after cleaning. (Credit: Orkney.com)

The archaeologists found the mysterious objects near Finstown, where Scottish and Southern Electricity Networks Environmental Project Manager Simon Hall said his organization has been working with ORCA for the past 18 months. The stones were found at the site of a proposed substation.

"We are delighted that the team have been able to make such a significant find at the site, hopefully furthering the understanding of Orkney’s rich heritage," Hall said in the statement. "We will continue to work closely with ORCA Archaeology and all relevant bodies to ensure this find is appropriately managed for the people of Orkney.”

It's unclear what the hearth was used for, but three of the stone objects were considered "important enough to the people who used the building" to be incorporated within one of the hearths.

The stone figures likely date back to approximately 2,000 B.C., according to initial evidence. ORCA says that coming up with a purpose for them, and if they are indeed figurines, will require further work.

“This is a significant discovery in Orkney and probably within North West Europe," Colin Richards from the University of the Highlands and Islands Archaeology Institute said in the statement.

One of the figurines in situ next to the hearth. Finstown. (Credit: ORCA Archaeology)

"It is very rare to find representations of people in prehistoric Orkney and when found, they are usually individual or in very small groups," Richards continued. "If they are figurines, to find nine figures within one structure is very exciting and together with the archaeology found at this site has the potential to add to our understanding of Orcadian society in prehistory.”