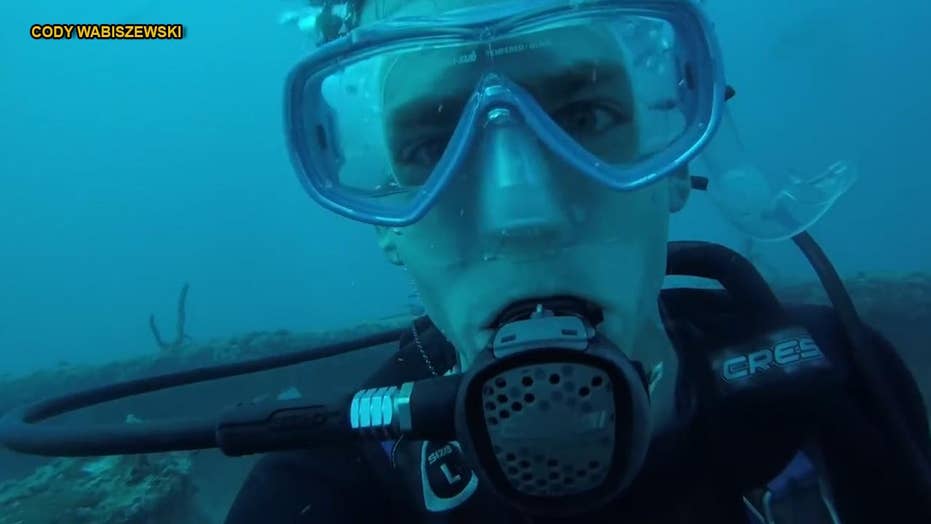 Both of the 12-foot great whites are currently being tracked by OCEARCH, a non-profit organization that researches great white sharks and other apex predators. The sharks were fitted with tags that ping to transmit their location as soon as their fins break the surface.

"White shark Hilton is making his second stop this year in the waters off the coast of Savannah, Georgia," OCEARCH announced in a Facebook post on Thursday. "He made quick progress moving out of the Gulf of Mexico but now he’s slowed down a bit. Last year he didn’t make it to the top of his migration loop in Nova Scotia until about August."

Miss Costa, a female shark, was tagged by OCEARCH researchers in September 2016 near Nantucket, Massachusetts. Hilton, a male, was tagged near Hilton Head Island, South Carolina, in March 2017.

The great white, a Twitter celebrity with more than 33,000 followers, took his first trip to the Gulf of Mexico in late April.

Hilton had traveled up and down along the coasts of the Atlantic Ocean — from Nova Scotia to Florida — but he had never been seen in the Gulf of Mexico before.

"Mmmmmmmm love the eatin’ in these waters off the coast of @cityofsavannah. It’s my second trip here this year!" a tweet on Hilton's Twitter account read Thursday.

Dr. Bryan Franks of Jacksonville University said the shark has been traveling deeper south this season.

"After spending last spring near the shelf and canyons off North Carolina, Hilton is spending this spring further south, along the Florida Escarpment and DeSoto Canyon in the Gulf," Franks explained, according to an OCEARCH Facebook post. "The common factor: those interesting bottom features that likely hold a nice buffet of food and a range of water temperatures."

According to OCEARCH, Hilton's last ping was recorded near Savannah on Thursday at 4:06 p.m. Miss Costa was tracked a day earlier around 2:07 a.m. off Georgia’s Cumberland Island.

As of Friday evening, the sharks have traveled a combined total of 18,491 miles since they were first tagged.