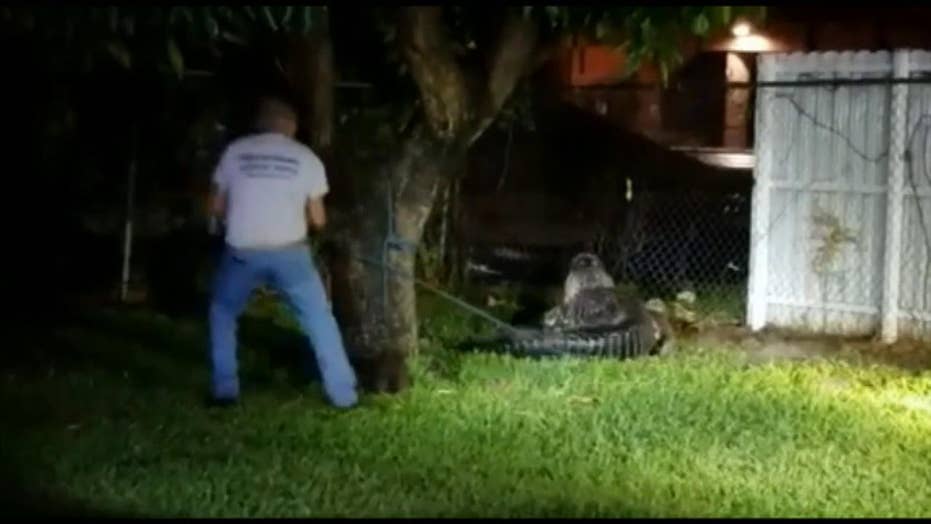 Raw Video: Miami Fire and Rescue wrangle a gator who wandered into a residential yard

A group of firefighters worked well into the night to ensure an 11-foot alligator that was lurking around a Miami neighborhood was captured, but due to safety concerns, the creature was euthanized.

The Miami Fire Rescue crew had noticed something strange during their drive back to the station near Northwest 13th Street and 37th Avenue, just after 11 p.m., Friday.

At first, the crew thought the reptile was an unconscious person.

“As they got closer, they noticed that this was not a person but actually an 11-foot alligator,” said Miami Fire Rescue Capt. Ignatius Carroll.

Area resident Enrique Diaz was among the residents who spotted the large reptile. When asked what he plans to tell his classmates when he returns to school on Monday, he replied, “Uhh, guys? I think I just saw an alligator at my house.”