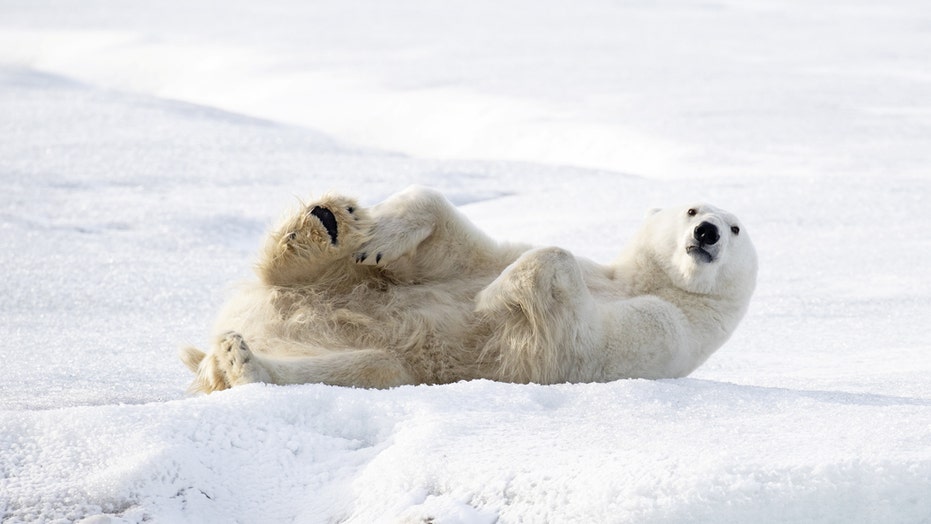 Bears are mammals that belong to the family Ursidae.

They can be as small as four feet long and about 60 pounds to as big as eight feet long and more than a thousand pounds. They’re found throughout North America, South America, Europe, and Asia.

Bears are typically solitary, except for mothers with cubs. They have nonretractable claws, short tails, and an excellent sense of smell.

While there are only eight species of bears, there are many more subspecies,

On average, bears can live up to 25 years in the wild and up to 50 in captivity. Six species, including the polar bear and the giant panda, are included on the IUCN Red List as threatened or vulnerable.

Polar bears are classified as marine mammals. They are also the largest carnivorous land mammals on Earth. They spend most of their lives on the sea ice of the Arctic Ocean. The skin under the polar bear's fur is actually black; this black is evident only on the nose. They are about seven to eight feet long, measured from the nose to the tip of their very short tail. Male polar bears are much larger than the females. A large male can weigh more than 1,700 pounds, while a large female is about half that size (up to 1,000 pounds). They have a thick layer of body fat and a water-repellant coat that insulates them from the cold air and water. Polar bears spend over half of their time hunting for food. Considered talented swimmers, their diet mainly consists of ringed and bearded seals because they need large amounts of fat to survive. The polar bear evolved one to three million years ago from the brown bear. Because of the ongoing and potential loss of their sea ice habitat resulting from climate change, polar bears were listed as a threatened species in the US under the Endangered Species Act in May 2008.

The grizzly bear is a North American subspecies of the brown bear. Grizzlies are typically brown, though their fur can appear to be white-tipped, or grizzled, lending them their name. Grizzly bears are protected by law in the continental United States—not in Alaska—though there have been some controversial attempts to remove those protections in recent years. They typically weigh up to 800 pounds and tend to be solitary animals—with the exception of females and their cubs. Grizzly bears are powerful, top-of-the-food-chain predators. However, much of their diet consists of nuts, berries, fruit, leaves, and roots. Bears also eat other animals, from rodents to moose. Despite their impressive size, grizzlies have been clocked running at 30 mph. These animals need a lot of space—their home range can encompass up to 600 square miles. Ever since they were listed as endangered in 1975, the population of grizzly bears has grown under the protection of the U.S. Endangered Species Act.

Pandas -- a worldwide treasure -- are known for their distinctive black and white coat. The pandas live mainly in temperate forests high in the mountains of southwest China, where they subsist almost entirely on bamboo. They must eat around 26 to 84 pounds of it every day, depending on what part of the bamboo they are eating. They use their enlarged wrist bones that function as opposable thumbs. While a newborn panda is about the size of a stick of butter, the females can grow up to about 200 pounds. Males can grow up to about 300 pounds as adults. Despite their bulk, these bears are excellent tree climbers.

Also known as the honey bear for its love of honey, the Sun Bear is the smallest, least well-known and one of the rarest of all the bear species. Sun Bears are reclusive and live an insular life in the dense lowland forests of Southeast Asia. The sun bears take their name from the bib-shaped golden or white patch on their chest, which legend says represents the rising sun. Sun bears grow to only about half the size of an American black bear. And, ironically, they are nocturnal. These bears lumber through the forests by night, snacking on fruits, berries, roots, insects, small birds, lizards, and rodents. They have an excellent sense of smell and extremely long claws. Gathering data on sun bears is difficult. Their homelands are being lost rapidly to deforestation, poachers hunt them mercilessly for body parts and fur, and some farmers kill them on-sight because they often eat crops. Adult females are also frequently killed so their cubs can be taken and raised as pets.

The spectacled Andean bear is South America's only bear species. It faces an uncertain future due to loss of habitat. These bears are excellent climbers. Spectacled bears are generally, shy, peaceful and elusive, avoiding contact with humans. They are usually solitary, but may occasionally be found in relatively high concentrations when favorite food items are abundant. Recently estimated population sizes for most areas are small, with a total estimate for the Northern Andes comprised anywhere between 6,000 and 10,000 individuals. The main threats to spectacled bears throughout the region are hunting and habitat loss and degradation.

Black bears are North America's most familiar and common bears. They typically live in forests and are excellent tree climbers, but are also found in mountains and swamps. Black bears will eat almost anything. Although solitary animals, black bears roam large territories. When winter arrives, black bears spend the season dormant in their dens, feeding on body fat they have built up by eating ravenously all summer and fall.

An unusual looking bear, the now extinct short faced bear, an animal of the last ice age, sits in the deep grass on the rocky shore of a prehistoric North American wetland. 3D Rendering. (iStock)

The first thing to know about the Short-Faced bear is that it's extinct. The short-faced bear was originally the largest and most powerful land carnivore in North America during the ice age. It may have weighed about over a few thousand pounds and towered at least 11 feet standing up. Known as the fastest running bear that ever lived, the short-faced bear roamed the earth about 500,000 to 2 million years ago and would have been the largest and most powerful meat-eater on land at the time, scientists say.

Asiatic Black bears are medium-sized and black-colored in appearance with a light-ish muzzle and ears. Asiatic black bears live predominantly in forested areas -- especially in hills and mountainous areas -- in southern Asia. The bears den for winter sleep in the northern parts of their range. Asiatic black bears have been reported to feed on a wide range of foods, including fruits, bees' nests, insects, invertebrates, small vertebrates, and carrion. They occasionally kill domestic livestock, but the degree to which they prey on wild hoofed mammals is unknown. The Asiatic black bear is listed as vulnerable by the International Union for the Conservation of Nature and Natural Resources (IUCN).

A brown bear is seen in a shelter for bears in the village of Berezivka near Zhytomyr, Ukraine August 15, 2017 - file photo.  (REUTERS/Gleb Garanich)

The brown bear lives in the forests and mountains of northern North America, Europe, and Asia. These omnivorous giants are usually solitary animals, except for females and their cubs, but at times they do congregate. Dramatic gatherings can be seen at Alaskan fishing spots when the salmon swim upstream for summer spawning. In this season dozens of brown bears may gather to feast on the fish. In fall, a brown bear may eat as much as 90 pounds of food each day and may weigh twice as much before hibernation as it will in spring. Although brown bears are top-of-the-food-chain predators, much of their diet consists of nuts, berries, fruit, leaves, and roots. Like other subspecies, brown bears also eat other animals, from rodents to moose. Despite their enormous size, brown bears are extremely fast, having been clocked at speeds of 30 mph.

Sloth bears, much like sloths, have shaggy, dusty-black coats; pale, short-haired muzzles; and long, curved claws which they use to excavate termites and ants. Adult sloth bears are missing their top two front teeth. Due to their diet of insects and fruit, their premolars and molars are smaller than those of other bears, but they have large canines to use for defense. It is thought that their feet are turned inward to increase digging efficiency. These bears live in a variety of dry and moist forests and in some tall grasslands. Their range includes India, Sri Lanka, and southern Nepal. About 20,000 or fewer total sloth bears remain in the wild. However, no reliable large-scale population survey has been conducted. It is estimated that their population has declined by 30 to 49 percent in the last 30 years primarily due to habitat loss, but also because of poaching for parts.

The World Wildlife Foundation, National Geographic, The National Wildlife Federation, The Smithsonian's National Zoo and Conservation Biology Institute, Canadian Museum of Nature, International Association for Bear Research and Management, and Bears of the World contributed to this report.