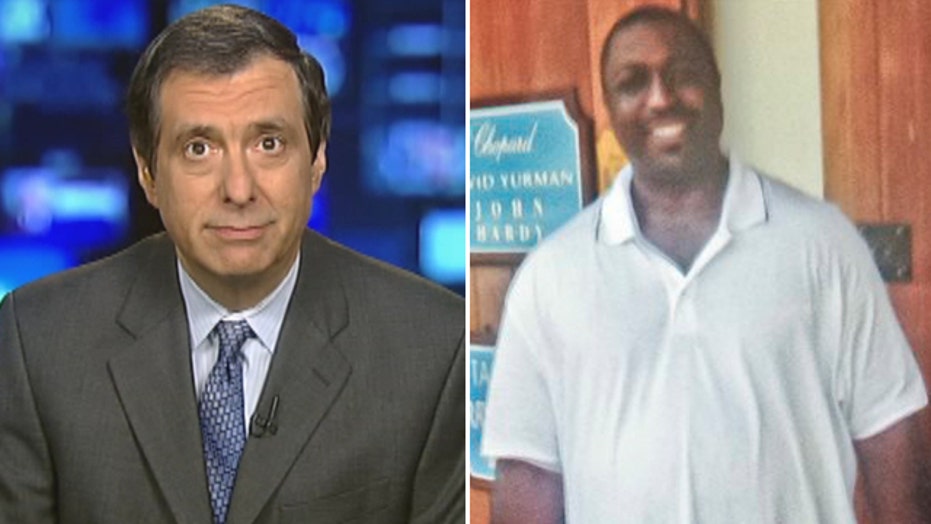 Just as the Ferguson shooting dramatically divided the country and the media, the Staten Island chokehold death seems to be bringing them together.

From conservatives to liberals, from whites to blacks, from Fox to MSNBC, there is a rough consensus that this case is far different — and the lack of charges extremely difficult to fathom.

With a few exceptions, we've been spared the spectacle of pundits shouting at each other about whether the deceased did or did not have his arms up when he was shot.

There is a video, of course, shot by a bystander, so the whole world can see how Eric Garner repeatedly said he couldn’t breathe as the police officer, Daniel Pantaleo, had him in that chokehold. We can see that Garner was surrounded by cops, that he was not attacking anyone, that he was resisting arrest only in the most minor way.

Another key difference: The angry protests in New York, and elsewhere, have been mostly peaceful, although there were some arrests. There were no demonstrators looting stores and setting cars afire as in Missouri.

And one more: We’ve gotten no explanation, none, as to why the Staten Island  grand jury returned no indictment in the Garner case. At least the St. Louis County prosecutor laid out the evidence and made clear, among other things, that Michael Brown had fought with Darren Wilson in his police car and tried to get his gun.

Whatever the ultimate explanation, it appears to defy common sense.

“I will say that upon seeing the video that you just saw hearing Mr. Garner say he could not breathe, I was extremely troubled.  I would have loosened my grip.  I desperately wish the officer would have done that. Eric Garner was obese. He had asthma.  He was no condition to absorb what befell him. Yes, he should not have resisted, but all Americans, every one of us should pity Mr. Garner and his family. He did not deserve what happened to him.”

Megyn Kelly said “they were arresting him over loose cigarettes, I mean, it was a slap on the wrist kind of crime for which he effectively received the death penalty.” She questioned why there was not even a charge of negligent homicide or manslaughter.

On MSNBC, here’s what Al Sharpton had to say:

“And where is the humanity? How does a human being hear somebody say 11 times, I can't breathe, and you don't stop?... Where's your humanity of four or five other policemen standing around there hearing the man saying, I can't breathe.”

Sharpton, of course, is playing the same dual role he always does in civil rights controversies, appearing with Garner’s widow at a press conference and then  interviewing her—and sounding off about the case--on his show. But I can’t disagree with the comments above.

Perhaps, having been pilloried for insufficient sympathy to Michael Brown, some on the right welcomed the opportunity to weigh in on what appeared to be such a blatant case of injustice in a black man’s death. Or maybe the facts just seem so clear-cut that they share a general sense of shock.

President Obama split the difference in his latest comments, saying: “Right now, unfortunately, we are seeing too many instances where people just do not have confidence that folks are being treated fairly. And in some cases, those may be misperceptions; but in some cases, that’s a reality.”

So where is the disagreement?

It’s in the attempt by some in the media to lump Staten Island in with Ferguson--although the cases are starkly different--to build a narrative about police brutality against African-Americans.

It’s MSNBC host Joy Reid saying: “I'm no longer shocked by these things. I have come to expect that when a police officer is in a situation like this, they will not be indicted and if indicted they will not be convicted.”

But every case is different. What happened to Eric Garner is not what happened to Michael Brown. And those of us in the news business ought to be careful about making those distinctions.