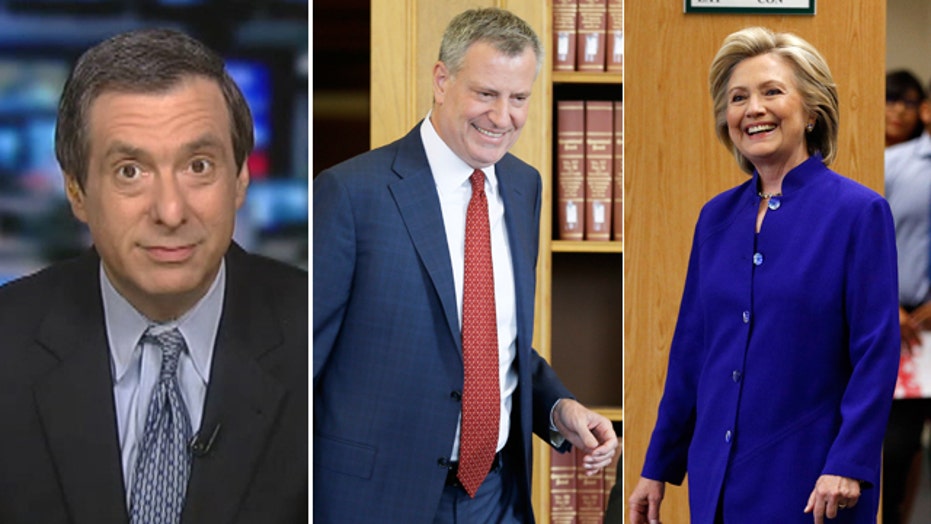 Kurtz: A liberal party, more left-wing than ever

The entire Democratic Party is moving, almost lurching, to the left.

That’s not even counting what once would have been considered radical positions and are now Democratic orthodoxy. Virtually all the party’s leaders now back same-sex marriage, for instance, with Hillary going beyond that to say there should be a constitutional amendment to make it the law of the land. Yet when Obama voiced support for gay marriage just three years ago, it was considered a controversial move. Same thing with the president’s decision to establish diplomatic relations with Cuba.

So what’s going on here?

Political parties go through evolutions. Hillary’s husband won the presidency by repudiating the party’s liberal drift and running as a New Democrat who talked tough on crime and welfare reform.

But that was then. The culture has changed. Even some Republican candidates are talking up the need to do something about the growing income gap and the scourge of poverty. A Washington Post/ABC poll says 83 percent of Americans believe income inequality is a problem.

Gone are the days when Howard Dean said he was running to represent the Democratic wing of the Democratic Party. Two midterm wipeouts have all but decimated the Democrats’ moderate branch, leaving the liberals firmly in charge. The same has happened as the GOP has moved right since the Bush years, with once-acceptable positions—on immigration and Common Core education standards—now deemed verboten.

Hillary Clinton spoke out on immigration at a Nevada event (yes, she took no questions). She said the Republican candidates aren’t talking about a path to citizenship for those here illegally, only “legal status that is code for second-class status.” She said she would “go even further” and “fight” for parents of the Dreamers, the under-30 immigrants shielded from deportation by Obama. And, of course, she'll be nudged from her left during the primaries by Vermont socialist Bernie Sanders.

DeBlasio got a Politico “exclusive” on how he is “using his muscular perch to try to nudge the national Democratic Party to the left.”

The mayor also scored a glowing profile in Rolling Stone. DeBlasio, who has declined to endorse Hillary, told the liberal magazine that the New Democrat approach (exemplified by her husband) didn’t work.

“Just as past mayors had taken advantage of New York's unique status as a cultural and media capital to globalize their agendas — think of the far-reaching influence of Bloomberg-era public-health policies like the smoking ban, or the way Giuliani exploited his reputation for "cleaning up" the city by starting a lucrative international consulting firm specializing in security and policing — could de Blasio use the singular platform provided by his new position to showcase, as brightly as a Times Square billboard, the civic benefits of unfettered liberalism?”

Former New York Times columnist Clyde Haberman is quoted as saying: "He's the furthest-left mayor that I can think of, by far. I don't think a lot of people realized what an ideologue he was.

That may be in part because the national media barely covered the race.

Hillary Clinton, Bill deBlasio, Elizabeth Warren—they’re obviously reflecting the liberal thrust of their party. But keep in mind that this is a country that has put the House and Senate firmly in Republican hands.

The problem for the former New York senator is that all these lefty positions won’t play as well in a general election, when candidates generally tack to the center. And that’s when she’ll have to worry about winning Iowa, Colorado, Florida and Ohio, not Manhattan, Brooklyn and the Bronx.