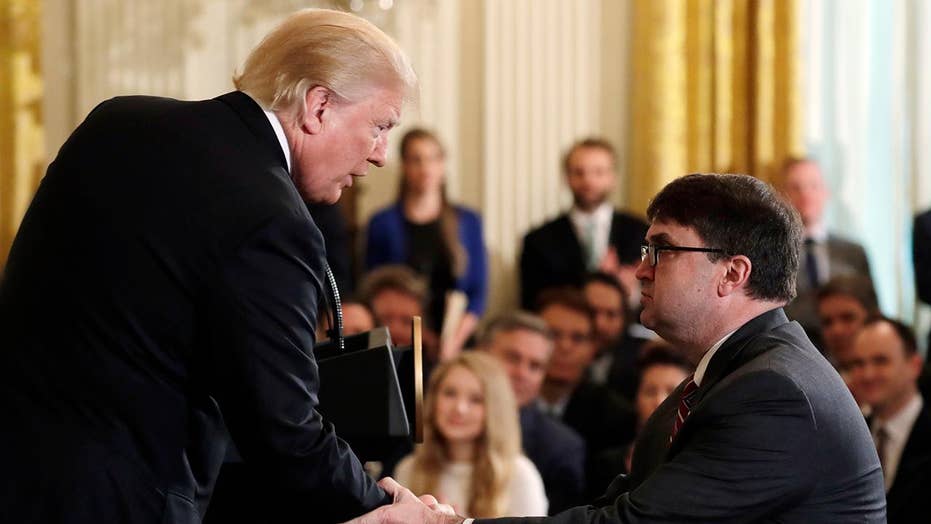 Robert Wilkie has served as acting secretary of the Department of Veterans Affairs since March — and now his position is permanent.

On July 23, the Senate confirmed Wilkie to lead the VA, the government's second-largest department, with 360,000 employees serving 9 million veterans.

Read on for a look at four things to know about the Wilkie.

He served in the Air Force and Navy

Wilkie served in the United States Naval Reserve, according to his Defense Department biography.

He would later join the Air Force as a reserve officer and was assigned to the Office of the Chief of Staff, his biography said.

He holds a masters in strategic studies from the United States Army War College. Wilkie is also a graduate of Wake Forest University, Georgetown University and Loyola University in New Orleans.

WHO’S IN TRUMP’S CABINET? A FULL LIST OF THE PRESIDENT’ STOP ADVISERS

In 2005, Wilkie was tapped to serve as assistant secretary of the Defense Department. He was the youngest senior leader in the department at the time, his biography states.

He worked for a massive engineering firm

Wilkie was vice president for strategic programs for CH2M HILL, a global engineering company, from 2010 to 2015, according to the Raleigh News & Observer.

Some of his assignments included reforming the United Kingdom Ministry of Defense Supply and Logistics System, his biography explains.

Wilkie also worked on the Hill

Wilkie worked for Sen. Trent Lott, then the Majority Leader, from 1997 to 2003, according to the News & Observer. He also served as an aide to former Sen. Jesse Helms and former Rep. David Funderburk.

Additionally, Wilkie was executive director of the North Carolina GOP, the newspaper reported.

In 1996, Wilkie unsuccessfully sought the Republican nomination for Congress, the News & Observer reported.