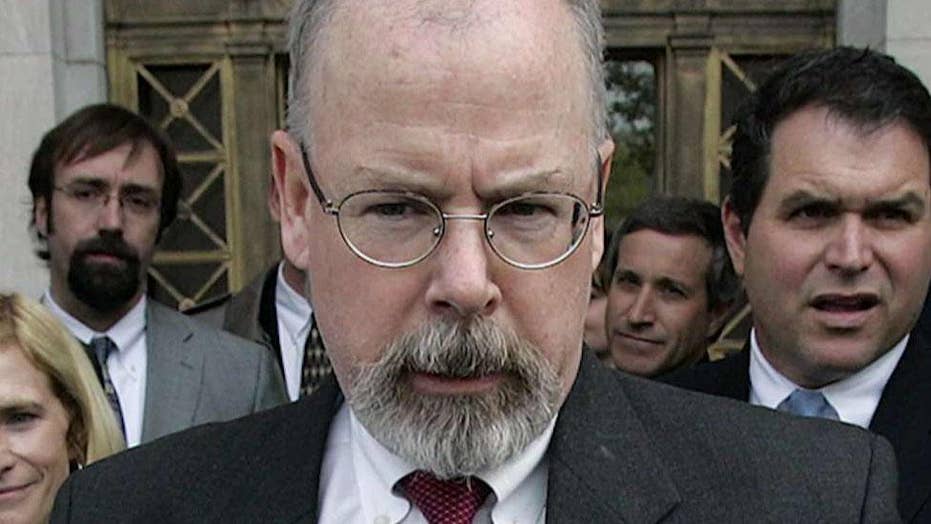 U.S. Attorney John Durham, the longtime lawman tapped to investigate the origins of the Russia investigation, is no stranger to high-stakes assignments that might not make him popular in federal law enforcement circles.

But his reputation as a hard-charging and apolitical prosecutor is what colleagues say has made him the go-to investigator for highly sensitive jobs. And looking into alleged misconduct within the FBI and other government agencies -- surrounding the most politically explosive investigation since at least the Clinton era -- could be his toughest assignment yet.

Those who know him describe him as up to the task.

“He is aggressive, tireless and fair,” former U.S. attorney for Connecticut Deirdre Daly told Fox News in an interview Wednesday. “He has been tapped by the Justice Department under previous Democratic and Republican administrations to conduct sensitive and significant investigations, so he has done this before for both sides of the aisle, so to speak.”

'What’s critically important here is that he is independent and apolitical.'

Durham served as counsel to Daly when she was U.S. attorney and deputy U.S. attorney. Durham now holds the U.S. attorney position in Connecticut, but his profile rose this week after it emerged that Attorney General Bill Barr had assigned him to lead the investigation into “all intelligence collection activities” related to the Trump campaign during the 2016 presidential election, and any misconduct during the early stages of the FBI’s original Russia probe.

US ATTORNEY JOHN DURHAM HAS BEEN REVIEWING ORIGINS OF RUSSIA PROBE 'FOR WEEKS': SOURCE

Durham, 68, was appointed by President Trump as U.S. attorney for Connecticut in 2018. But prior to being confirmed to that post, he had been tasked multiple times with investigating alleged misconduct by national security and law enforcement officials. Durham has conducted these sensitive investigations under administrations of both political parties.

“What’s critically important here is that he is independent and apolitical,” Daly said.

One of Durham’s highest-profile cases was in 1999, when former Attorney General Janet Reno, during former President Bill Clinton’s administration, asked him to probe the FBI’s handling of Boston mob boss Whitey Bulger. During that case, Durham helped to convict retired FBI agent John Connolly Jr., who was sentenced to 10 years in federal prison on racketeering charges related to his relationship with Bulger. 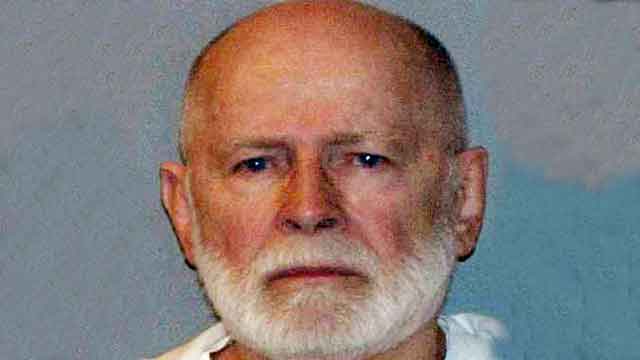 Next, in 2008, during former President George W. Bush’s administration, then-Attorney General Michael Mukasey assigned Durham to investigate the CIA’s alleged destruction of videotapes in 2005, which showed the torture of terrorism suspects. By 2009, under the Obama administration, then-Attorney General Eric Holder expanded Durham’s task to probe whether the CIA broke any laws in its handling of detainees in custody. Durham ultimately did not recommend charges.

Later, Holder tapped Durham to lead the Justice Department’s investigation into whether it was legal for the CIA to use “enhanced” interrogation techniques.

“He has tremendous experience as both an investigator and a prosecutor,” Daly said. “He is also extremely familiar with the federal criminal justice system’s procedures, policies and practices.”

Durham also led investigations into former Republican Connecticut Gov. John Rowland, who was imprisoned twice for not paying taxes and for accepting improper gifts from individuals conducting business with the state.

Others who know Durham and his work described him as a “hard-charging, bulldog” prosecutor.

According to sources familiar with the latest investigation, Durham has been working on his review of the Russia probe “for weeks.” He is expected to focus on the period before Nov. 7, 2016—including the use of FBI informants as well as alleged improper issuance of Foreign Intelligence Surveillance Act (FISA) warrants. Durham was asked to help Barr “ensure that intelligence collection activities by the U.S. Government related to the Trump 2016 Presidential Campaign were lawful and appropriate.”

A source also told Fox News that Barr is working “collaboratively” on Durham’s investigation with FBI Director Chris Wray, CIA Director Gina Haspel and Director of National Intelligence Dan Coats. Durham is also working with Justice Department Inspector General Michael Horowitz, who is currently reviewing allegations of FISA abuses and the role of FBI informants during the early stages of the Russia investigation.

Barr first announced his review of the “conduct” at the FBI during the original Russia investigation last month.

That same day, Fox News learned Barr had assembled a “team” to investigate the origins of the investigation. It is unclear if Durham was part of the original team assembled by Barr last month.

The FBI’s July 2016 counterintelligence investigation was opened by former senior agent Peter Strzok. The FBI, at the time, was led by former Director James Comey and former Deputy Director Andrew McCabe—both fired during the Trump administration. 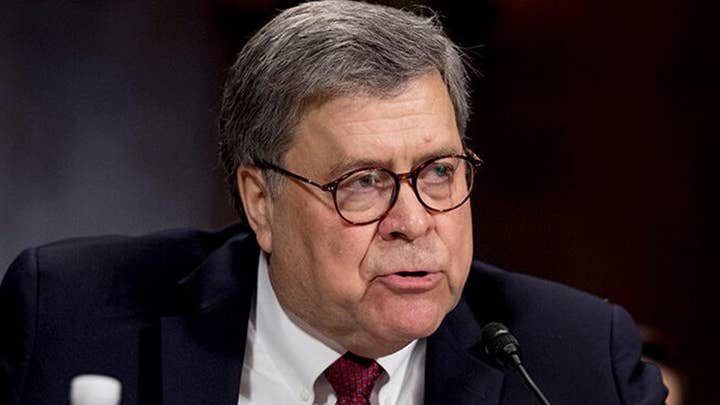 It has been widely reported that in the weeks and months leading up to the 2016 election, the FBI used informants or other investigators to make contact with Trump campaign officials. That issue is part of Durham’s probe, as well as Horowitz’s, which is expected to be completed in the coming weeks. At this stage, Durham reportedly does not have subpoena power in connection with this probe.

Barr’s appointment of Durham comes after he testified last month that he believed “spying did occur” on the Trump campaign in 2016, and “the question is whether it was adequately predicated.”

“He is a superb career prosecutor who has accomplished remarkable things in highly-complex, sensitive cases, which is what this entire scandal is about,” diGenova, who has called for an investigation into the investigators for months, said Wednesday. “Barr has also proven his judgment is excellent and, more importantly, that he is serious by choosing Durham—serious about getting to the bottom of this national disgrace.”

When asked whether he and others in the president’s camp would accept the outcome of Durham’s probe no matter how it resolves, diGenova said yes.

He added: “If there are crimes, he will find them. And whatever he does, I certainly am willing to accept.”