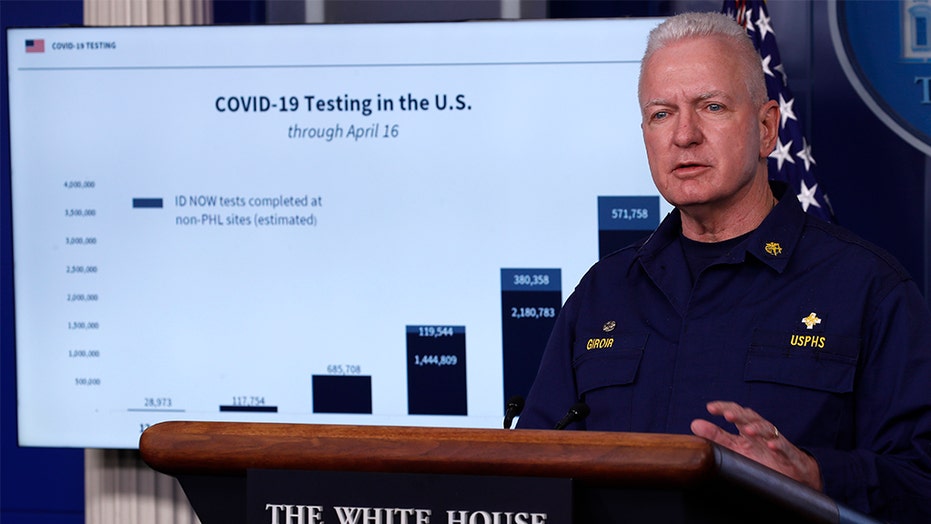 Dr. Anthony Fauci, the director of the National Institute of Allergy and Infectious Diseases, is arguably the most recognizable name. He has become so popular, his likeness has spawned everything from bobbleheads and doughnuts to pasta dishes.

Another task force member is Adm. Brett Giroir, M.D., the assistant secretary of the Department of Health and Human Services and top medical and science adviser to Secretary Alex Azar. He oversees the U.S. Public Health Service Commissioned Corps and is tasked with overseeing coronavirus testing efforts.

Here are four things to know about Giroir.

Giroir was born in Louisiana and educated at Harvard University and the University of Texas Southwestern Medical Center. He started his career as a pediatrician in Texas and eventually became the chief at Dallas' Children’s Medical Center.

He was sworn in as assistant secretary at HHS in 2018. He oversees the agency's public health offices, including the Office of the Surgeon General, according to his biography.

He is also responsible for coordinating efforts to combat the opioid crisis. 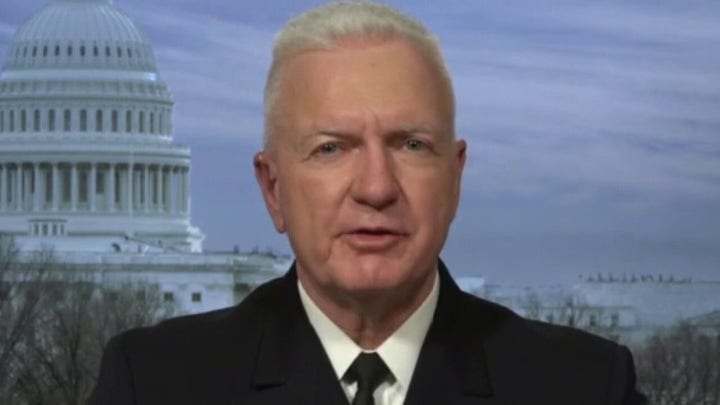 Giroir, 59, serves as Trump's coronavirus testing czar, which has proved difficult amid a shortage of test kits. He was handed the job in March after Trump falsely claimed that tests were available to anyone who wanted one.

Shortages of testing kits have hampered efforts to combat the crisis, which has prolonged the crisis and lockdown measures in place nationwide.

Earlier this month, Giroir said enough tests were available for those who needed them.

“We are not going to have tens of millions of tests this week, but we will have a million-plus tests, plus all the thousands of hospitals who do their own tests,” Giroir said on NBC's "Today." “That should be sufficient to take care of the load we’re going to see this week.”

Some governors have criticized the test shortfall, with most saying efforts to reopen their economies are contingent on a sufficient supply of tests.

Before he went to work for the government, Giroir worked on vaccine development at Texas A&M University. After eight years, he was abruptly forced out in 2015, The Washington Post reported this week.

A local media report on his annual performance evaluation said Giroir was “more interested in promoting yourself” than his work as director of the Texas vaccine project. He often made sweeping statements about his work, the Post reported, which came back with mixed results.

He blamed his departure on internal politics at the university, not his work.

Giroir's nomination for the assistant secretary position was held up because of Democratic fears over whether he would support women's health programs. Some lawmakers were concerned about his potential oversight of the Office of Population Affairs, which administers Title X grants, and the Office of Adolescent Health.

“After carefully reviewing his qualifications, I am unconvinced Dr. Giroir would be willing to stand up to this administration’s ideological attacks on women in a key leadership role at HHS,” Sen. Patty Murray, D-Wa., said in a statement, Kaiser Health News reported.