Biden speaks to 82nd Airborne Division: You are the finest fighting force in history

The White House on Friday insisted the U.S. military will not be deployed to Ukraine amid Russia’s multifront war on the country after comments President Biden made to troops in Poland seemed to suggest otherwise.

Biden, visiting U.S. service members in Poland, talked about how average Ukrainian citizens are "stepping up."

Biden, since prior to Russia’s invasion, and throughout its war on Ukraine, has maintained that U.S. troops would not enter the conflict between Ukraine and Russia.

When asked Friday about the possibility of U.S. troop involvement, the White House insisted its stance remains the same.

"The president has been clear we are not sending U.S. troops to Ukraine and there is no change in that position," a White House spokesperson told Fox News Friday. 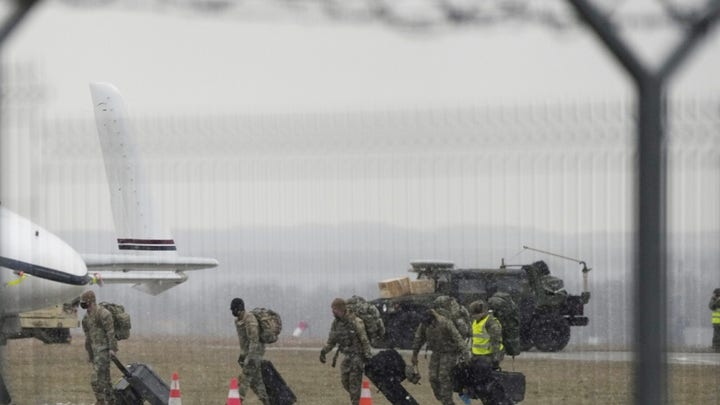 Biden was in Brussels, Belgium, this week for an emergency NATO meeting to discuss the international response to Russia's war on Ukraine.

Earlier this week, a senior U.S. defense official said that Secretary of Defense Lloyd Austin is still considering the possibility of deploying additional American troops to NATO's eastern flank in Europe as the war in Ukraine rages on.

The Biden administration has warned that moves like implementing a no-fly zone over Ukraine could be viewed as escalatory and "could prompt a war with Russia." Instead, the president approved nearly $1 billion in military aid for Ukraine.

Ukraine is not a member of NATO, so it is not subject to the Article V provision of the NATO alliance that says when one member country is attacked, all member countries will take action to assist.

The equipment will be transferred directly from the Department of Defense to the Ukrainian military, Biden said.