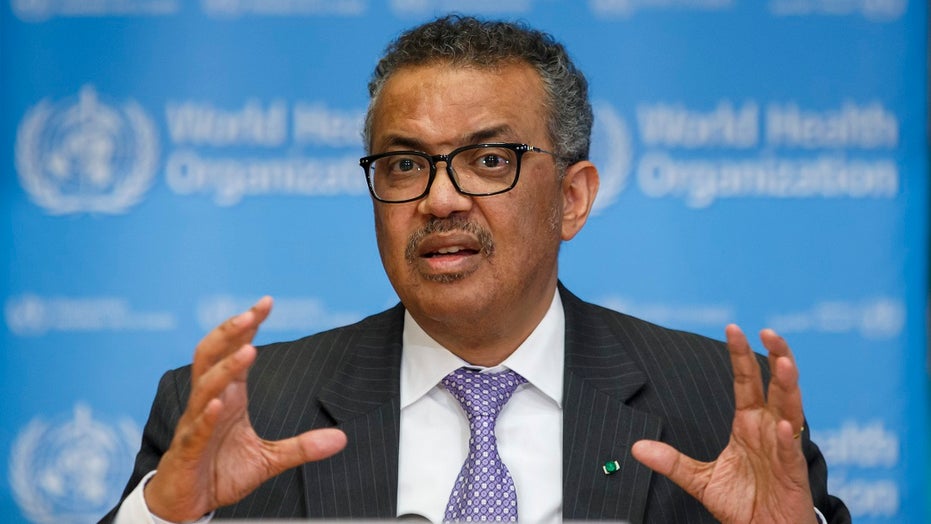 The White House is taking issue with World Health Organization ‘leadership’ rather than the organization itself, a senior administration official told Fox News, and said leadership may not be adequately expressing the views of WHO staff.

“The problem is not the WHO system. The system has good people,” the official said. "It’s about comments made from the leadership—which went beyond what I am told their own staff wanted to say.”

President Trump this week has threatened to cut off funding to a WHO he describes as “very China-centric” amid the coronavirus pandemic.

The president said the U.N. agency “really blew it” in its initial response to the pandemic.

The WHO has praised China for its transparency on the virus, even though there is reason to believe that more people died of COVID-19 than the country’s official tally.

The organization tweeted in January quoting “preliminary” findings from Chinese authorities that downplayed the seriousness of the virus that has since turned into a pandemic, shutting down daily life around the globe.

In January, the WHO responded to Trump’s travel ban on foreign nationals coming from China by saying that “travel bans to affected areas or denial of entry to passengers coming from affected areas are usually not effective in preventing the importation” of coronavirus cases and instead could have a “have a significant economic and social impact.”

Criticism of the travel ban and other pro-China statements have brought renewed questions about the U.S. funding the agency.

To that end, the senior administration official told Fox News Taiwan has been in essence shut out of the WHO, which lists Taiwan’s coronavirus cases and deaths under China.

"We have seen over the last several years that there has been a substantial reduction in the ability of Taiwan to meaningfully participate in the WHO,” the official said. "We strongly advocate that they (Taiwan) be invited by the director general to participate as an observer, as they have done in the past."

Such a move would likely rankle China, which claims sovereignty over Taiwan, even though Taiwan has its own elected government and refers to itself as the Republic of China. Taiwan’s President Tsai Ing-wen supported the 2019 Hong Kong protests and expressed solidarity with the people of Hong Kong.

Last month, Taiwan accused the WHO of ignoring a warning it sent in December about human-to-human transmission of coronavirus. “Preliminary investigations conducted by the Chinese authorities have found no clear evidence of human-to-human transmission of the novel coronavirus (2019-nCoV) identified in Wuhan, China,” the organization tweeted in January.