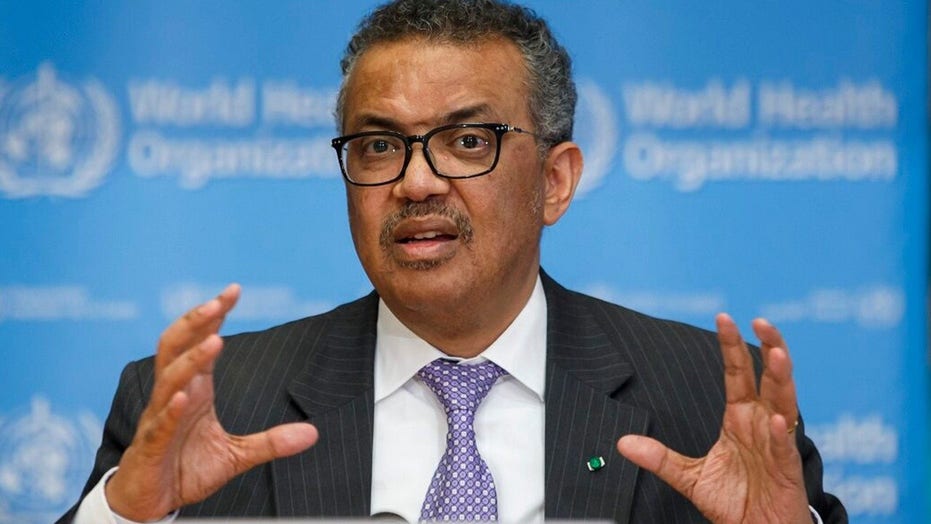 The head of the World Health Organization took aim at President Trump’s criticism of the agency on Wednesday, telling him and other world leaders not to politicize the coronavirus crisis “if you don’t want many more body bags.”

“If you don’t want many more body bags you refrain from politicizing it – please quarantine politicizing COVID,” WHO Director Dr. Tedros Adhanom Ghebreyesus told reporters in a lengthy answer when asked about Trump’s criticism of the agency. A day earlier, the U.S. president had threatened to cut off funding.

CALLS ESCALATE FOR WHO TO BE DEFUNDED OVER CHINA TIES, CORONAVIRUS RESPONSE

"My short message is please quarantine politicizing COVID – the unity of your country will be very important to defeat this dangerous virus. Without unity we assure you even any country that may have a better system will be in more trouble. That’s our message," he said.

He went on to urge a global response to the virus similar to the one that combated smallpox.

“We will have many body bags in front of us if we don’t behave,” he said. “When there are cracks at [the] national level and global level, that is when the virus succeeds."

Trump has accused the U.N. agency of being "very China centric" and claimed they "really blew it" in their initial response to the pandemic -- including what he saw as the agency's criticism of his ban on foreign nationals from China.

WHO UNDER THE MICROSCOPE: WHAT WENT WRONG WITH CORONAVIRUS?

Trump, however, backtracked when questioned on that statement by members of the media, saying he was “going to look into” cutting off funding to the WHO and denying his earlier statement.

The WHO has increasingly been the focus of questions about its response to the coronavirus pandemic, including information it tweeted in January that quoted “preliminary” findings from Chinese authorities that downplayed the seriousness of the virus that has since turned into a pandemic, shutting down daily life around the globe.

Other statements, including an apparent criticism of Trump’s ban on travel from China and other pro-China statements, have brought renewed questions about the U.S. funding of the agency.

On Wednesday, U.N. Secretary General Antonio Guterres gave his support to the embattled agency, which he said was on the "frontlines" of the crisis.

"It is my belief that the World Health Organization must be supported, as it is absolutely critical to the world’s efforts to win the war against COVID-19," he said.