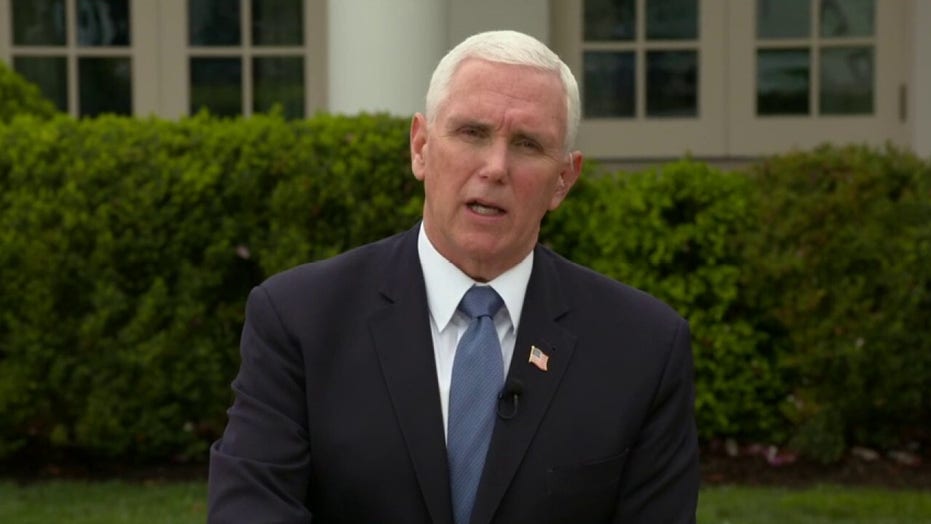 Pence says 2,000 ventilators have been sent to New York

Vice President Mike Pence tells Fox News that FEMA has shipped 2,000 ventilators from the national stockpile to New York with another 2,000 on the way.

Vice President Pence said Tuesday the federal government sent 2,000 ventilators from the national stockpile to the state of New York, which has become the epicenter of coronavirus in the U.S., and vowed to send 2,000 more on Wednesday.

“Tomorrow, there will be another 2,000 ventilators shipped from the national stockpile,” Pence said. “We have a ways to go yet, it’s the reason why we’re marshaling all the resources, not just from national stockpiles but from our existing supply in hospitals, and that equipment can be converted.”

Pence went on to stress to “the people in New York” that the 2,000 ventilators “were sent directly” to the state.

Pence’s comments come after the president tweeted early Tuesday saying that the government had sent just 400 ventilators to New York. New York City Mayor Bill de Blasio and New York Gov. Andrew Cuomo had requested some 15,000 ventilators to deal with the outbreak in the state.

De Blasio and Cuomo, both Democrats, repeatedly have sounded the alarm on the shortage of ventilators in New York City hospitals, as many COVID-19 patients need the machines to help them breathe. Responding to a recent FEMA shipment of 400 ventilators, Cuomo said at a Tuesday news conference: “You want a pat on the back for sending 400 ventilators?... What are we going to do with 400 ventilators when we need 30,000?”

He added: “I will turn this state upside down to get the number of beds we need.”

New York now has more than 25,000 positive cases of coronavirus in the state, with roughly half of them in New York City.

CUOMO SAYS NEW YORK MAY NEED AS MANY AS 140,000 HOSPITAL BEDS AMID COVID-19 CRISIS IN STATE

To help the state grapple with the outbreak, Cuomo has also announced four sites in the state that will serve as additional space for hospitals overflowing due to the coronavirus outbreak. 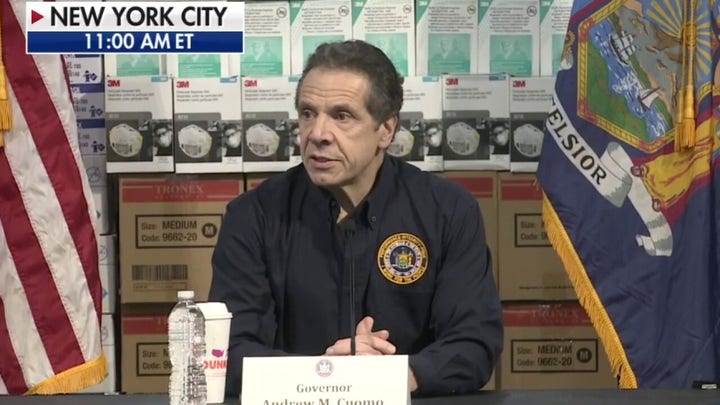 Cuomo said that the coronavirus curve in the state hasn’t been “flattened” and instead “is actually increasing,” saying the peak of the virus in the state is likely to hit New York in 14 to 21 days.

“New York is the canary in the coal mine,” Cuomo said. “New York is going first. We have the fastest and highest rate of infection. What’s happening in New York is going to happen in California, Washington Illinois, it’s just a matter of time.”

Cuomo said that once New York has stifled the rate of infection and spread of the virus, it would be able to help other states not yet hit by the illness. Cuomo also vowed to explore every option to expand hospital capacity, including dorms and hotels.

“I will turn the state upside down to get the number of beds we need,” he said.

COVID-19 was designated a pandemic by the World Health Organization earlier this month. The president declared a national emergency, and governors across the nation have issued executive orders urging residents to stay at home.