President Trump on Thursday hosted several hundred conservative activists at the White House for a "social media summit" to discuss anti-conservative bias by big tech companies, telling attendees that "we’re not going to be silenced."

The meeting, which took place in the East Room of the White House, included discussion about accusations that companies including Facebook, Google and Twitter have treated conservatives unfairly. The president also complimented the conservatives in attendance for what they've post online, saying, "Some of you are extraordinary. The crap you think of is unbelievable."

The White House said about 200 conservative digital and social media professionals from Capitol Hill, federal agencies and external coalition groups were invited, along with members of Congress and officials from the Trump administration.

The president said during his remarks that he was directing his administration to explore ways to protect free speech, saying big tech companies have been so powerful that it must be used fairly. 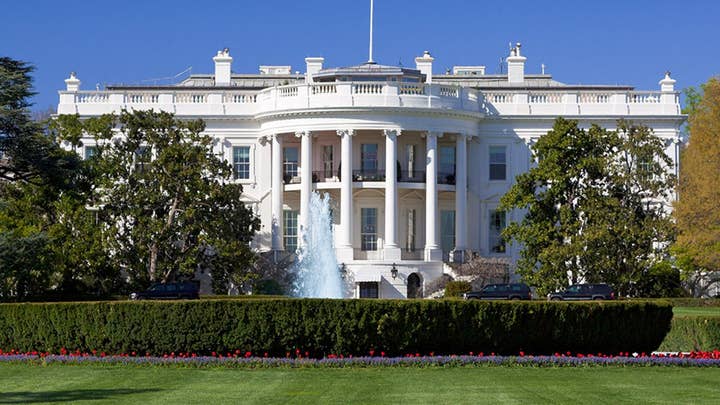 Trump said he's used Twitter because it's allowed him to avoid the filter of the news media, but the president acknowledged his frequent misspellings in tweets.

"I’m actually a good speller, but everyone says the fingers aren’t as good as the brain," he said.

The White House did not release a full list of attendees. However, multiple conservative activists, including well-known firebrands famous for sparring with liberals, posted their invitations online.

"I’m looking forward to attending today’s summit at the @WhiteHouse on the heels of our Google expose showing an executive discussing training algorithms to affect the outcome of elections," tweeted James O’Keefe, the founder of Project Veritas, known for its sting videos of liberal targets.

Conservative talk show host Bill Mitchell tweeted he was attending the event, as did Jim Hoft, the founder of the website Gateway Pundit, and an anonymous Twitter user named "CarpeDonktum," who has made pro-Trump memes and had more than 100,000 followers. Charlie Kirk and Benny Johnson of the pro-Trump millennial organization Turning Point USA also attended.

"Honored to be going to the Social Media Summit today at the White House @realDonaldTrump has brilliantly used social media to create the most powerful American political movement in the last 100 yrs," Kirk tweeted ahead of the meeting. "We must hold these tech companies accountable for their silencing of our views!"

Ahead of the summit, controversy broke out over one invitee – a cartoonist named Ben Garrison, whom the Anti-Defamation League once accused of anti-Semitism over a drawing targeting a former White House official.

In a statement posted online, Garrison acknowledged he had been disinvited by the White House after critics resurfaced the allegation, saying he was disappointed be excluded from the summit while denying that he's promoted anti-Semitism.

"While there was discussion about breaking up Big Tech and penalties for perceived censorship or bias, it is clear the free market is working as more conservatives voice their concerns," Anderson, a vice president at Heritage Action for America, said in a statement.

Shortly before the summit took place, Twitter experienced an outage, which prevented some users from being able to use the service. Twitter CEO Jack Dorsey, around the same time, announced plans for the company to experiment with a new feature allowing people to hide replies to their tweets.

"Testing something new. More control, and transparency, over conversations sparked from your tweets," Dorsey said. "There’s going to be a lot for us to learn from here."