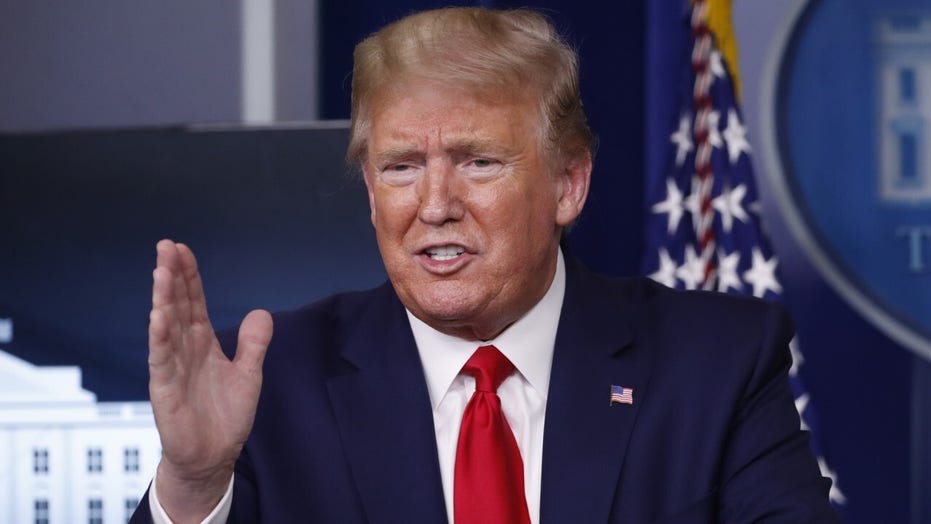 The White House on Friday accused the media of taking President Trump’s comments -- seemingly suggesting that disinfectants could combat the novel coronavirus -- “out of context.”

“President Trump has repeatedly said that Americans should consult with medical doctors regarding coronavirus treatment, a point that he emphasized again during yesterday’s briefing,” White House Press Secretary Kayleigh McEnany said in a statement. “Leave it to the media to irresponsibly take President Trump out of context and run with negative headlines.”

MEDIA ERUPT OVER TRUMP COMMENTS ON DISINFECTANT, SUNLIGHT TO CURE CORONAVIRUS: HERE'S WHAT HE SAID

McEnany’s statement comes after the president, during Thursday’s White House coronavirus task force briefing, suggested that light and disinfectants may have the potential to treat COVID-19.

Trump was hammered on social media and in a number of publications for the comments, including with one Washington Post headline that read, "Trump asked if disinfectants could be injected to kill coronavirus inside the body. Doctors answered: ‘People will die.’" The comments even prompted a statement from Reckitt Benckiser Group, the makers of Lysol, warning against improper use of disinfectant products.

The president’s comments come as the country continues to grapple with the coronavirus crisis. As of Friday, the U.S. reported more than 869,000 cases of COVID-19 and more than 49,960 deaths.