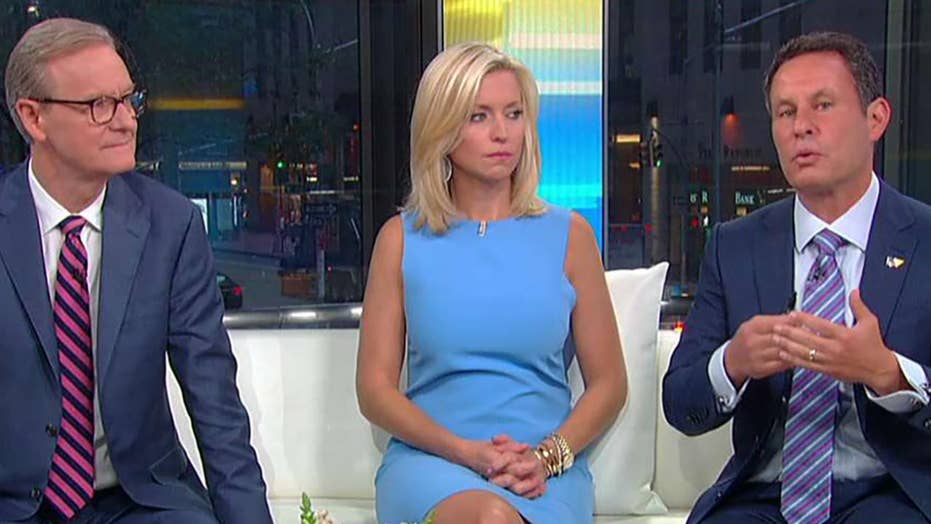 Whistleblower reportedly had 'professional' tie to 2020 Democrat running against Trump

Mark Zaid and Andrew Bakaj, the attorneys representing the whistleblower at the center of Democrats' impeachment inquiry, acknowledged in a statement on Wednesday that their client "has come into contact with presidential candidates from both parties" -- but insisted that the contact involved the politicians' roles as "elected officials – not as candidates."

The lawyers' abrupt disclosure came shortly after The Washington Examiner reported that Intelligence Community Inspector General Michael Atkinson told lawmakers the whistleblower worked “or had some type of professional relationship” with one of the Democratic presidential candidates, citing three sources familiar with Atkinson’s interview with lawmakers on Friday.

Zaid and Bakaj did not respond to questions from Fox News on Wednesday, even as Zaid's open animus towards the White House over the past two and a half years called into question the extent of his own bias.

But Republicans have challenged that claim, noting that various statements in the whistleblower claim have seemingly proved inaccurate. For example, the whistleblower complaint stated that President Trump made a “specific request that the Ukrainian leader locate and turn over servers used by the Democratic National Committee (DNC) and examined by the U.S. cybersecurity firm CrowdStrike" -- a request that does not appear in the declassified transcript of the call released by the Trump administration. Trump mentioned CrowdStrike, but did not demand the server.

And according to the whistleblower complaint, by mid-May, U.S. diplomat Kurt Volker sought to "contain the damage" from Trump attorney Rudy Giuliani's outreach to Ukraine. But a July 19 text message conversation from Volker to Giuliani, provided to Fox News, showed that Volker had in fact encouraged Giuliani to reach out to Ukraine -- even sending Giuliani a message reading, "Connecting you here with Andrey Yermak, who is very close to President Zelensky."

Additionally, details concerning Zaid's overt political advocacy have surfaced as he represents the anonymous whistleblower publicly.

Although the lawyer has described Democratic House Intelligence Committee Chairman Adam Schiff, D-Calif., as a "mature professional," and circulated articles that touted the reliability of the largely discredited Steele dossier used by the FBI to surveil a former member of Trump's campaign, Zaid has repeatedly unloaded on the president in no uncertain terms.

Zaid also said Trump supporters "out in the heartland" were "so narrow-minded" because they did not understand his concerns were nonpartisan.

And Zaid put out something of an open casting call for whistleblowers on Twitter as Trump took office, writing that CIA employees should "come to" his law firm "to lawfully challenge" the new president.

In February, Zaid escalated his pitch to Reiner, asserting that "we have a chance to depose" Trump in court.

At one point last year, Zaid even pitched his services to Michael Avenatti, after the now-embattled attorney mentioned that he was "now representing whistleblowers within ICE."

Additionally, Zaid openly encouraged individuals to apply to the CIA so that they could become his clients when they discovered "waste, fraud, abuse or unlawful conduct."

Fox News has learned that Whistleblower Aid -- the nonprofit where Zaid is a founding partner and that established a GoFundMe that has raised more than $200,000 for the whistleblower's legal team -- is also known as Values United. Tax documents filed by Valued United show that the organization paid West End Strategy Group $258,085 for advertising and consulting services.

Earlier Wednesday, Trump pressed for the whistleblower to be “exposed and questioned” after new reports surfaced suggesting the person has ties to a 2020 Democratic presidential candidate.

Zaid has confirmed this past week that there is a second whistleblower who has come forward and has already spoken to the inspector general.

The whistleblower complaint touched off a controversy that led to the White House releasing an account of the call, while Democrats immediately launched an impeachment inquiry. On Wednesday, Trump called the whistleblower's claims "a very big Lie," and pointed to statements made by Zelensky that he felt no pressure.