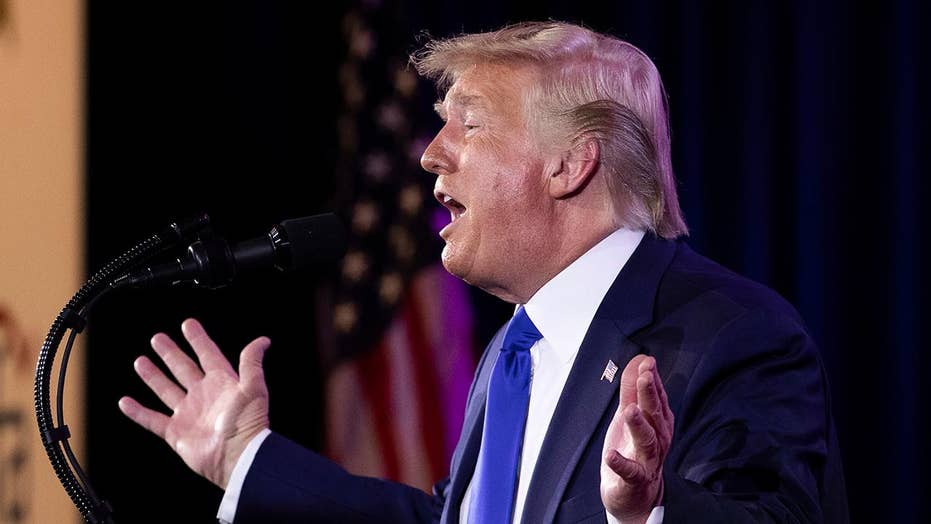 President Trump targeted Hunter Biden Sunday morning, implying that the son of former Vice President Joe Biden has disappeared -- hours after Hunter Biden's attorney announced his client is stepping down from the board of a Chinese company and vowed that he will not work with foreign companies if his father becomes president.

“Despite extensive scrutiny, at no time has any law enforcement agency, either domestic or foreign, alleged that Hunter engaged in wrongdoing at any point during his five-year term,” Mesires said about Hunter Biden’s work with Burisma, where Biden was a board member until April 2019.

Mesires said that Biden was "a non-executive director" of Burisma, for which he was compensated, but was not part of the management team.

Burisma was the subject of an investigation by Ukrainian authorities, but the case was dropped. The prosecutor general, Viktor Shokin, was fired after then-Vice President Joe Biden threatened to withhold money from Ukraine unless Shokin was removed. Joe Biden denies that this had anything to do with his son, as Shokin was accused of corruption.

Still, Mesires stated that Hunter Biden plans to resign from BHR’s board by Oct. 31, and that if Joe Biden becomes the Democratic presidential nominee and goes on to defeat President Trump in the 2020 election, Hunter “will agree not to serve on boards of, or work on behalf of, foreign-owned companies.”

Democrats are presently investigating Trump for possible impeachment based on his July 25 phone call with Ukrainian President Volodymyr Zelensky, where he asked Zelensky to assist Giuliani with an investigation of Hunter and Joe Biden’s Ukrainian connections.

Trump’s critics, including House Intelligence Committee Chairman Adam Schiff, D-Calif., have accused Trump of pressuring Zelensky to get involved by threatening to withhold military aid. Trump denied wrongdoing and insisted the call was “perfect.” Zelensky has also stated that he was not pressured.

In a Saturday conversation on “Fox News’ “Justice with Judge Jeanine,” Trump referred to the impeachment inquiry as a "hoax" and "so bad for our country." He called out House Speaker Nancy Pelosi for not having a formal House vote on an impeachment inquiry, saying, it was because she "can't get the votes because we're [the GOP] doing so well right now."