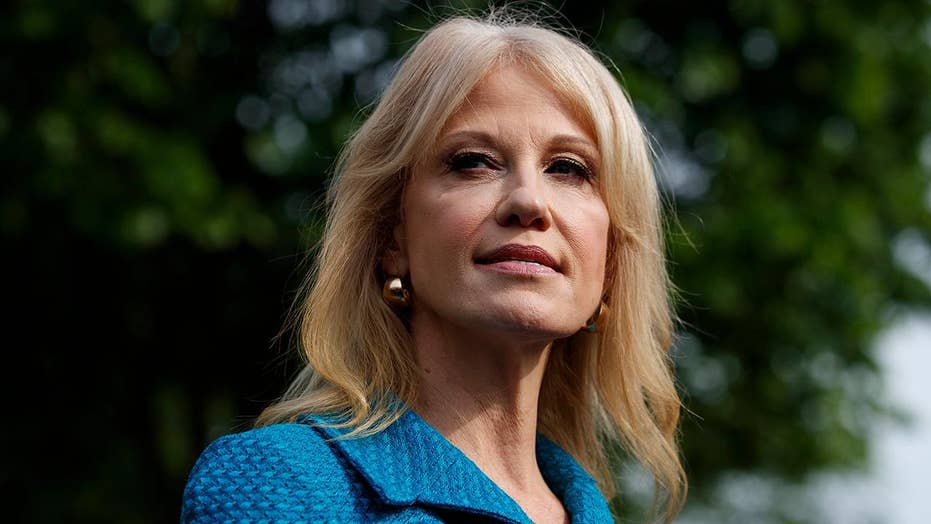 Under fire from the Trump White House for an explosive report seeking top adviser Kellyanne Conway’s removal, Special Counsel Henry Kerner said in an interview Thursday with Fox News that he has “no animus” toward her while defending his team's work.

At the same time, he was deferential to President Trump, making clear the decision on whether to remove Conway is his alone.

Kerner’s comments came after the Office of Special Counsel, separate from the office with a similar name previously run by Robert Mueller, released a scathing report saying Conway violated the Hatch Act -- which limits political activities of federal employees -- by “disparaging Democratic presidential candidates while speaking in her official capacity” during media appearances. The report recommended she be fired from the federal government.

But the White House showed no sign of taking action against Conway, firing back by calling the report “unprecedented” and suggesting it was politically influenced.

“The Office of Special Counsel’s (OSC) unprecedented actions against Kellyanne Conway are deeply flawed and violate her constitutional rights to free speech and due process,” deputy press secretary Steven Groves said in a statement. “... Its decisions seem to be influenced by media pressure and liberal organizations – and perhaps OSC should be mindful of its own mandate to act in a fair, impartial, non-political manner, and not misinterpret or weaponize the Hatch Act.”

The report and the response to it swiftly thrust Kerner, a Trump appointee, into a political firestorm.

In the interview with Fox News, Kerner said his office had “several discussions” with the White House counsel and they had the OSC report “for weeks.” He said this was “not some sort of a drop it-on-them situation.”

“I am a Trump appointee—I have no animus toward Kellyanne whatsoever,” he added. “My job is to make sure the federal workforce stay as depoliticized and as fair as possible.”

The official response from the White House came in the form of a letter to Kerner from White House Counsel Pat Cipollone.

The letter, dated June 11, delivered a point-by-point rebuttal of the OSC report and said it is “based on multiple fundamental legal and factual errors, makes unfair and unsupported claims against a close adviser to the President, is the product of a blatantly unfair process that ignored statutory notice requirements, and has been influenced by various inappropriate considerations.”

Kerner, though, citing Conway’s media interviews, said not offering recommendations for disciplinary action was “a bad signal to federal workers.”

“Even people in the higher echelons are going to abide by the law,” he said. “If she is going to violate the law and make fun of that fact ... how is the Hatch Act going to impose any discipline for [other federal employees]?”

The Hatch Act’s purpose is to ensure federal programs are “administered in a nonpartisan fashion, to protect federal employees from political coercion in the workplace, and to ensure that federal employees are advanced based on merit and not based on political affiliation,” according to the OSC. The office is an independent federal agency that monitors compliance with that law and others.

Kerner also explained that there is a specific Hatch Act unit in the OSC, which is an independent watchdog agency. Kerner said that unit is “completely nonpartisan and nonpolitical,” and defended its report as “nonpartisan.”

CONWAY BLASTS PELOSI FOR LOSING CONTROL OF HER 'TEMPER'

The OSC report itself stated that in one Feb. 19 interview on "Fox & Friends," Conway “insinuated that Senator Booker was ‘sexist’ and a ‘tinny’ ‘motivational speaker,’” and claimed Sen. Elizabeth Warren, D-Mass., was “’lying’” about her ethnicity. Conway also “attacked” former Rep. Beto O’Rourke for not “thinking the women running are good enough to be President.”