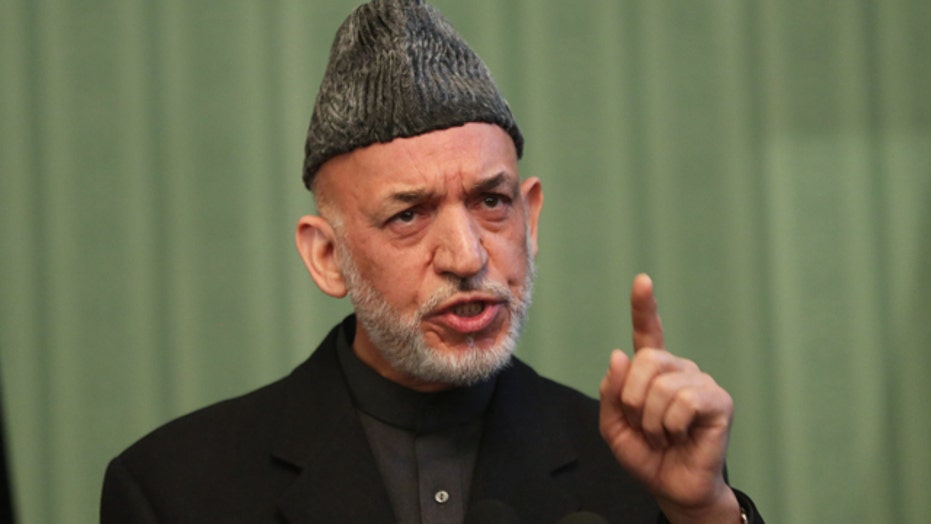 Washington accused of plotting with Taliban

The U.S. government is keeping tens of millions of dollars flowing to Afghanistan despite a pair of private audits that found Afghan ministries could not properly account for the funds, according to a pointed watchdog report released on Thursday.

The lengthy study from the Special Inspector General for Afghanistan Reconstruction revealed the audits produced 696 recommendations, with 41 percent labeled as "critical" or "high risk." The U.S. agency administering the funds, USAID, worked to address some of these -- but despite concluding it would not approve direct aid "under normal circumstances," the money continued to flow.

According to the report, USAID has committed just more than $1 billion to Afghanistan.

"The decision to continue with direct assistance seemingly conflicts with the 2012 congressional requirement, which mandates that funds be made available 'only if ... no level of acceptable fraud is assumed,'" the report said, adding that congressional oversight of the money is now "compromised."

The report doesn't point to specific wrongdoing with how money was spent, but rather glaring holes in the system that allow money to pour in with questionable accountability. Among the concerns were that the Ministry of Public Health was at risk of misspending cash due to the payment of salaries in cash, and that the mines and petroleum ministry risked paying higher prices "to finance kickbacks and bribes."

The finding comes amid persistent questions over the U.S.-Afghan relationship, as President Hamid Karzai repeatedly lashes out at the U.S. military, throwing a vital post-war security agreement into doubt.

How U.S. money is spent in the war-torn country has long been a concern. The inspector general's office revealed that, to address this, the U.S. government hired Ernst & Young and KPMG to study 16 Afghan ministries between 2011 and 2013.

Their audits concluded that "all 16 ministries ... were unable to manage and account for funds" without implementing changes, according to the report.

In a point-by-point rebuttal, though, USAID official Donald Sampler argued that the report was not actually identifying any waste, fraud or abuse -- but rather the risks attached to the aid.

Further, Sampler wrote, "it fails to acknowledge the full range of risk mitigation measures USAID subsequently employed." Sampler also said the IG identified risks with the ministries themselves, but "did not take into account" the risks of individual projects.

Sampler agreed that "oversight of these programs is critical" and said USAID is "acutely conscious of the trust that has been placed with us to safeguard taxpayer funds." But he accused the IG's office of showing an "incomplete picture," without "any basis" to question whether the risks have in fact been addressed.

Sampler, assistant to the USAID administrator for Afghanistan and Pakistan, said in a separate statement on Thursday that USAID had also identified the risks cited in the report. "But SIGAR chose not to examine in this audit the mitigating measures USAID implemented in response to these identified risks," he said. "USAID is and remains committed to aggressively safeguarding U.S. taxpayer resources."

The report said USAID found 107 major risks, with 99 of them rated "critical or high." USAID then recommended hundreds of its own "mitigating measures."

Special Inspector General John F. Sopko has been issuing critical reports about spending in Afghanistan at a steady clip in recent months.

Most recently, his office found the U.S. government committed $200 million to a program teaching Afghan soldiers to read, despite military leaders reporting more than half are still illiterate.