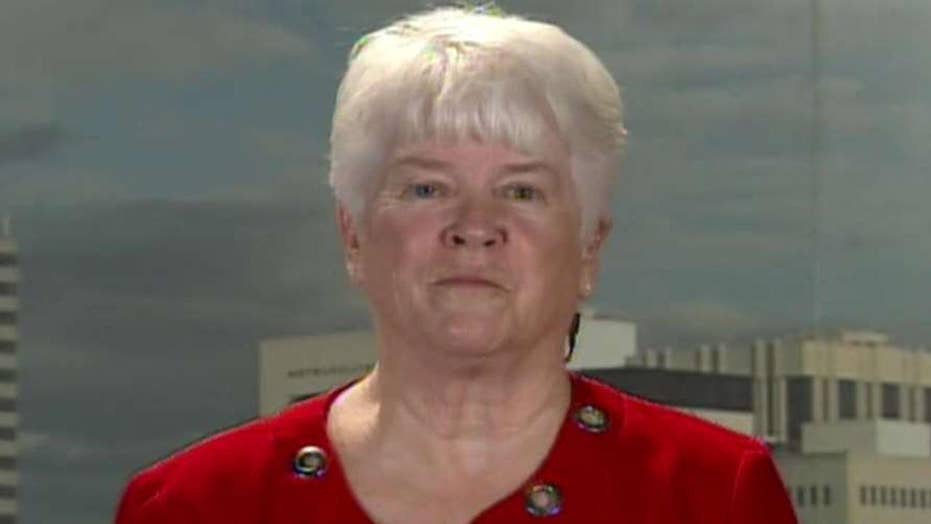 Florist Barronelle Stutzman 'elated' after the Supreme Court punts the case on her refusal to serve a same-sex couple back down to Washington state courts.

In a hotly anticipated decision, the Washington Supreme Court ruled against a florist who was fined for not providing services for a gay couple's wedding.

The court had previously heard the case, State of Washington v. Arlene's Flowers, ruling that Barronelle Stutzman and her store, Arlene's Flowers, violated the Washington Law Against Discrimination (WLAD) for refusing to make floral arrangements for a gay couple in 2013. Stutzman claimed that she was only acting in accordance with her religious beliefs. The U.S. Supreme Court asked the state high court to take another look at whether it violated her religious rights by not being neutral to her religion when making its decision.

That court said no.

The U.S. Supreme Court held off on reviewing the case so that the state court could take another look in light of the 2018 SCOTUS decision in Masterpiece Cakeshop v. Colorado Civil Rights Commission. That case drew national attention, as it pitted the First Amendment against LGBT rights.

The high court declined to get involved in that battle, however, ruling in favor of the baker by stating that the Colorado commission was improperly hostile to his religious beliefs when they found him in violation of a state law. The U.S. Supreme Court asked the Washington Supreme Court to make sure they did not make the same mistake.

In the new decision, the Washington Supreme Court defended its initial ruling, stating that the state's public accommodation law prohibits discrimination based on sexual orientation and that Stutzman discriminated against Robert Ingersoll because he was marrying a man.

The new ruling says that the court "painstakingly reviewed the record for any sign of intolerance on behalf of this court or the Benton County Superior Court, the two adjudicatory bodies to consider this case," and that "we are confident that the two courts gave full and fair consideration to this dispute and avoided animus toward religion."

Stutzman's case involves similar facts to the Masterpiece Cakeshop case, which involved baker Jack Phillips. Phillips claimed that he had no problem selling to gay customers in general, he just would not bake a cake for a gay wedding. Stutzman's case involved a gay couple, Ingersoll and Curt Freed, who had already been customers of hers. According to court documents, Ingersoll had gone to her for nine years, and Stutzman knew he was gay and in a relationship with Freed.

Another issue in the case is whether the creation of a floral arrangement is artistic expression protected by the First Amendment's free speech clause. Stutzman claimed that she would have sold Ingersoll and Freed "raw materials" and bulk flowers for their wedding, but she would not create a custom arrangement. Similarly, Phillips had claimed that while he would not create a cake for a gay wedding, he would sell a premade one.

With the U.S. Supreme Court declining to settle the free speech and religious freedom issues in Phillips' case, they have the opportunity to do so again, should they decide to review Stutzman's.