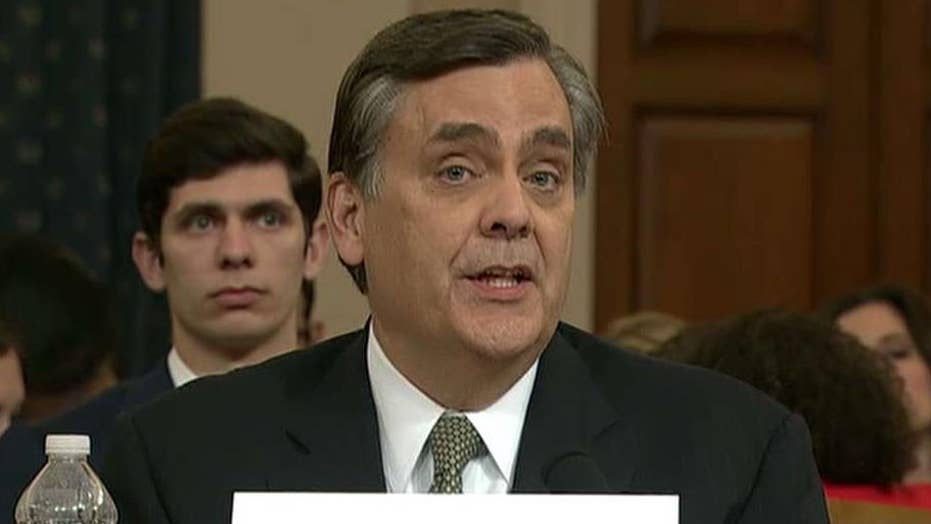 The Washington Post’s editorial board seems to have doubts about the House Democrats' impeachment push.

Following Wednesday's intense hearing in front of the House Judiciary Committee, the newspaper's board summed up an editorial by saying Democrats seem to need a stronger case against President Trump if they hope to "convince more  Americans" that their process was being conducted fairly.

The editorial, titled “Jonathan Turley is half-right,”  is not a case for Trump’s exoneration in regard to his Ukraine dealings, but it does point out some holes in the Democrats' arguments that the president's supporters have seized on.

For instance, U.S. Rep. Matt Gaetz, R-Fla., on Wednesday asked all four legal scholars appearing before the panel to raise their hand if they had any "personal knowledge" of a single material fact in Rep. Adam Schiff's recently released report. No hands went up. 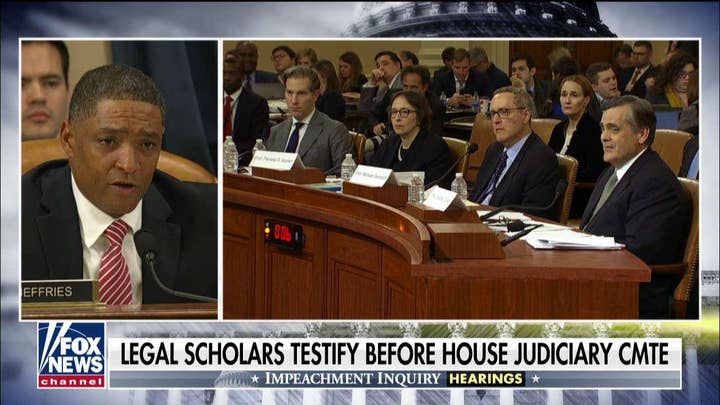 Turley, the sole Republican witness, did not defend Trump, but said this “is not how you impeach an American president.” He added that he was concerned about the integrity of the impeachment process.

“This case is not a case of the unknowable,” he said. “It’s a case of the peripheral. We have a record of conflicts, defenses that have not been fully considered, unsubpoenaed witnesses with material evidence. To impeach a president on this record would expose every future president to the same kind of inchoate impeachment.”

The Post criticized Trump and his “lawless embargo of the House’s impeachment proceeding” by preventing witnesses like Secretary of State Mike Pompeo and former national security adviser John Bolton from testifying. But the editorial board appeared to heed some of Turley's message.

“We do not blame the Democrats for feeling frustrated,” the editorial says. “And they may rightly think they already have all the evidence they need. But if they could strengthen the case, they should do so. Because the stakes are so high, extra time may be justified if it results in testimony from administration witnesses. This also might convince more Americans that the impeachment process has been conducted thoroughly.”

At the center of the impeachment inquiry, which began in September, is Trump’s July 25 phone call with Ukrainian President Volodymyr Zelensky. During the call, Trump pressed Zelensky for investigations that could help him politically, including relating to former Vice President Joe Biden and his son, Hunter Biden.

The editorial says Turley was incorrect to downplay what has come to light in the past few weeks, including the rough transcript of Trump's call with Zelensky, where the president asked for a “favor.” The paper also points to testimony from officials who claimed that Trump withheld promised military aid.

"In my view, there is no case law that would support a claim of corrupt intent in such comments to support a bribery charge,” Turley said. Still, he said, “There is no question that an investigation of the Bidens would help President Trump politically."