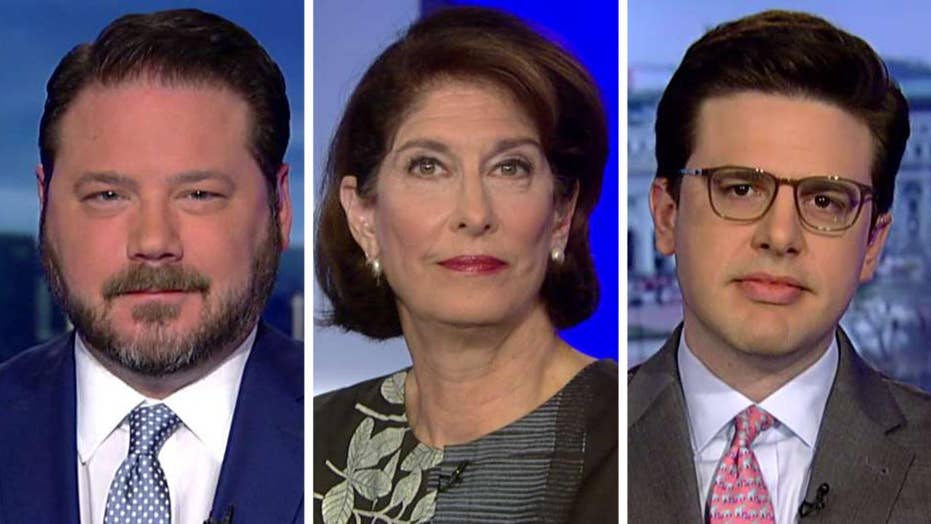 “I mean we've gone from a Trump-Russia conspiracy, which seems to have been disproven by Mueller's investigation, to Trump-Barr conspiracy, which has been quickly adopted by the Democrats as the new political play,” Matthew Continetti said Tuesday on “Special Report.”

Barr, the editor told Baier as a member of the panel, has "done everything by the book." This, in contrast to Comey, who he said "went ahead and inserted himself into the public sphere with his announcements about the investigations."

“He has done exactly what one would expect from someone who follows the book.”

Barr testified before a congressional panel on Capitol Hill on Tuesday in his first appearance since releasing a four-page summary of Special Counsel Robert Mueller's Russia investigation. Despite the Democratic criticism, he said his office is hard at work preparing to release the report (with redactions) “within a week.”

House Appropriations Committee Chairwoman Nita Lowey, D-N.Y., accused Barr of seeming to "cherry pick" from the report to "draw the most favorable conclusion possible for the president" during her opening statement.

WOW: CHELSEA HANDLER SAYS SHE HAS 'FEELINGS' FOR ROBERT MUELLER

Other Democrats made similar comments as Barr appeared before the House Appropriations Commerce, Justice, Science, and Related Agencies Subcommittee for a hearing originally meant to address Barr’s fiscal 2020 spending request for the Justice Department.

Fox News’ Brooke Singman, Gregg Re, Chad Pergram and The Associated Press contributed to this report.