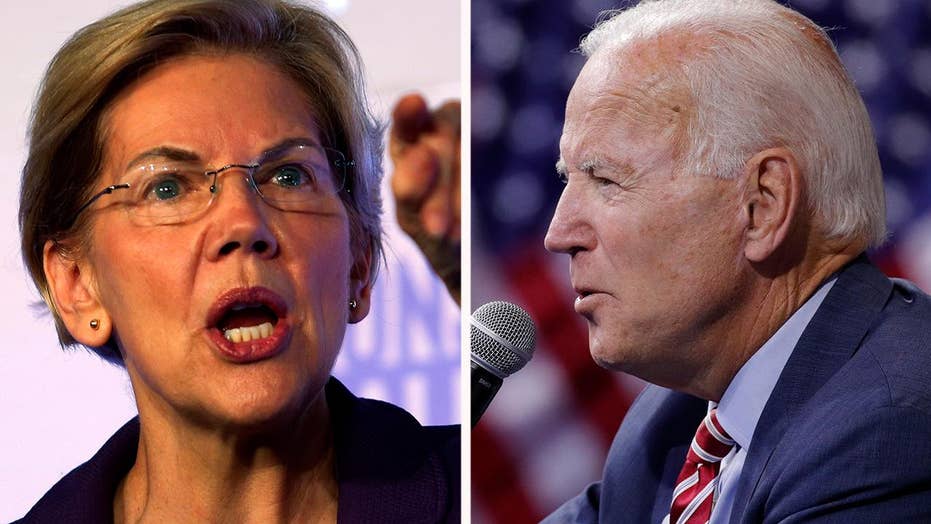 Sen. Elizabeth Warren leads Joe Biden by a fraction of a point in a Real Clear Politics average for the first time. Fox News contributor Karl Rove breaks down the numbers.

Sen. Elizabeth Warren, D-Mass., said she is committed to forgoing big-money fundraisers if she wins the Democratic nomination, no matter how much money President Trump pulls in from his supporters.

"I’m not going to go do the big-dollar fund-raisers. I’m just not going to do it,” Warren told CBS in an interview posted Tuesday. The 2020 hopeful said that her campaign was predicated on the notion "that we can build this together. And that’s exactly what we’re doing.”

CBS reporter Zak Hudak had asked Warren whether she could guarantee her supporters she wouldn't utilize big-dollar fundraisers.

Warren claimed that without financial independence, candidates would continue serving wealthy interests after they were elected to office. 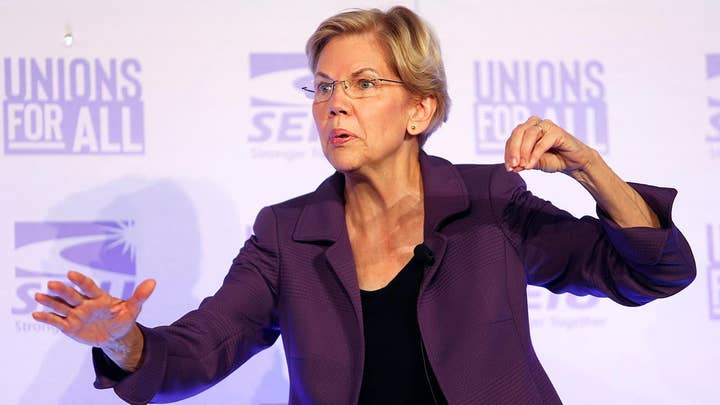 "I will not be forced to make changes in how I raise money,” Warren said. “Look, for me, this is pretty straightforward. Either you think democracy works and electing a president is all about going behind closed doors with bazillionaires and corporate executives and lobbyists and scooping up as much money as possible.

"Or you think it’s about a grass-roots, let’s build this from the ground up.”

That answer appeared to represent a reversal for Warren after she expressed openness to big-dollar donors in a general election. Not doing so, she indicated, was "unilateral disarmament."

"We’ll be up against a Republican machine that will be hell-bent on keeping the White House," she told MSNBC in February. "They will have PACs and Super PACs and too many special interest groups to count, and we will do what is necessary to match them financially. That means investing -- starting now -- in each and every one of our state parties, and in our national party too.”

It's unclear what was behind Warren's apparent reversal but her comments came just days after her campaign announced it had raised $24.6 million from more than half a million individual donors in the third quarter of this year. That was substantially higher than the $15.2 million raised by former Vice President Joe Biden but slightly lower than the $25.3 million raised by Sen. Bernie Sanders, I-Vt.

If Warren wins the Democratic nomination, she would likely face an incumbent candidate backed by a Republican Party that has recorded record-breaking fundraising numbers.

In the third quarter alone, the Republican National Committee and President Trump's campaign raised $125 million. Within just 24 hours in September, those two entities raked in an eye-popping $5 million -- an apparent backlash to the formal impeachment inquiry announced by House Speaker Nancy Pelosi, D-Calif. So far in 2019, those two organizations have raised $308 million.