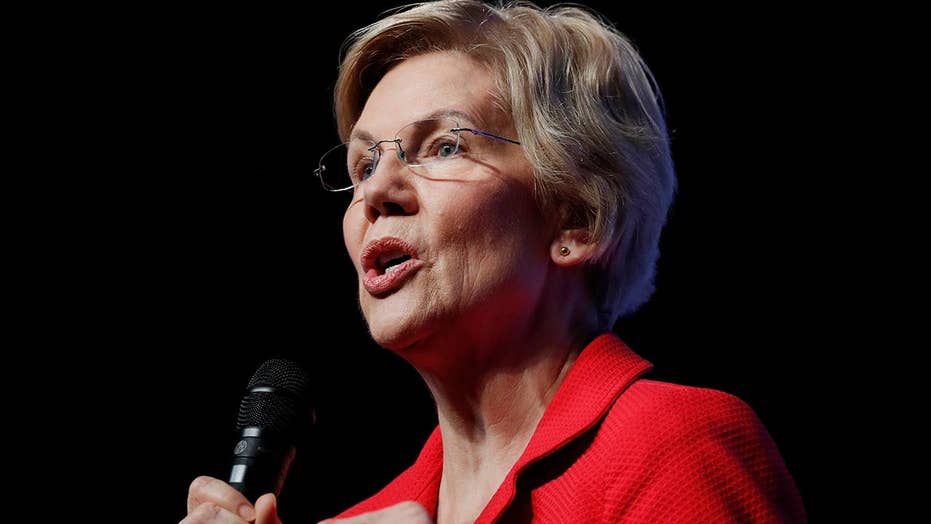 On Thursday, Sen. Elizabeth Warren, D-Mass., told a school choice activist in Atlanta that she had sent both of her children to public school. On Friday, her campaign told a different story.

In a video that was originally uploaded on social media, Sarah Carpenter of the Powerful Parent Network challenged Warren's opposition to charter schools, at one point saying: "We are going to have the same choice that you had for your kids because I read that your children went to private schools."

However, a yearbook obtained by The Washington Free Beacon showed Warren's son Alex attended Kirby Hall School during the 1986-1987 school year. The online publication reported that the school currently charges nearly $15,000 per year for tuition, up from $4,700 in 1995, the earliest year for which records are available.

Warren's rally in Atlanta on Thursday night was disrupted by a large group of school choice activists.

“Fighters I want to talk about tonight are black women,” Warren began, drawing applause and cheers. “As a white woman, I will never fully understand the discrimination, the pain, the harm that black Americans have experienced just because of the color of their skin."

Suddenly some protesters began chanting: “Our children, our choice!" as Warren tried to speak over them.

Warren supporters then tried to drown out the protesters by chanting "Warren!" "Warren!"

The protesters then countered with “Dream big, our choice!”

“All right, so let’s talk a little,” Warren said, attempting to engage with the dissenters.

But the protesters continued chanting, first "We want to be heard!” and then back to “Our children, our choice!”