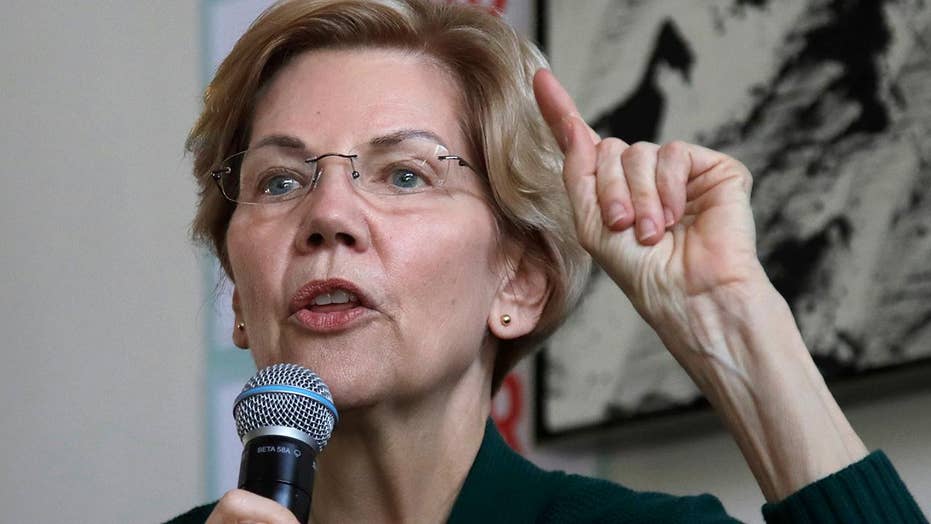 Democratic Party presidential candidate Sen. Elizabeth Warren’s campaign announced the candidate’s next scheduled visits to Iowa on Saturday – amid talk that the senator from Massachusetts may be viewed as too much of a policy wonk to win the party's 2020 nomination.

Warren will return to Iowa March 29-30 with plans to speak at a rally in Storm Lake, hold meet-and-greets in Marshalltown and Perry, and attend an organizing event in West Des Moines, FOX 28 of Cedar Rapids reported.

WILL THE 3 B'S (BETO, BIDEN AND BERNIE) LEAVE ELIZABETH WARREN ON THE SIDELINES IN 2020?

But her focus on breaking up tech giants, ending the electoral college, imposing lobbying bans on elected officials after they leave office and establishing universal pre-K and child care programs – all popular ideas with many Democratic voters – don’t seem to be translating into actual support for Warren, NPR reported.

“You hear from people that [Warren] sort of reminds them of Hillary [Clinton], which they mean in a purely stylistic sense,” Michelle Goldberg, a New York Times columnist, said on the newspaper’s podcast the Argument. “It leads me to wonder: What is the salience of policy in a Democratic primary — or in our politics at all?”

“You hear from people that [Warren] sort of reminds them of Hillary [Clinton], which they mean in a purely stylistic sense.”

"I just don't know if she would go over nationally," former New Hampshire state Rep. Daniel Hansberry told the Associated Press. He was among 27 current and former state lawmakers who signed a 2015 letter urging Warren to seek the presidency.

"In the Northeast and on the West Coast I wouldn't be a bit surprised if she got a huge vote," Hansberry said. "But I don't know if she's too progressive for other parts of the country."

In other words, when it comes time to choose a candidate, many voters may prefer the sizzle rather than the steak.

That concept may explain why Donald Trump topped Hillary Clinton in 2016, Richard Reeves of the Brookings Institution wrote soon after that election. 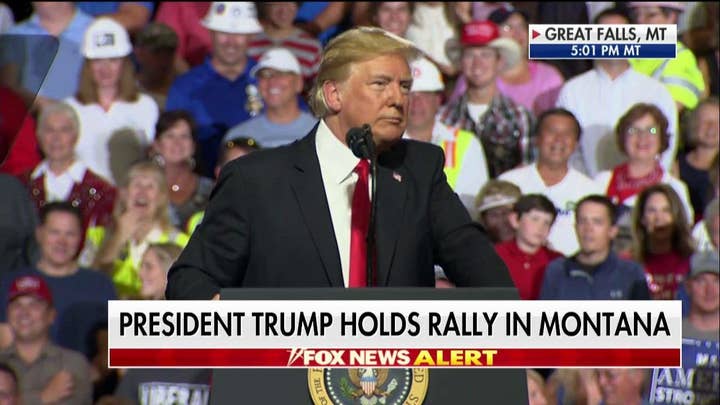 Nevertheless, Warren seems to be sticking with the idea that in 2020 the devil – i.e, the votes – may be in the details.

“The rules of our economy are so rigged in favor of the rich and powerful,” Warren recently told Time magazine, “that we can’t afford to just tinker around the edges. Our fight is for big, structural change.

"The rules of our economy are so rigged in favor of the rich and powerful that we can’t afford to just tinker around the edges. Our fight is for big, structural change."

“This is the time for Democrats to identify exactly what’s broken,” she continued, “and lay out exactly how we’ll fix it.”

Aside from the idea the Warren may be focused too sharply on policy details, others note that many voters may associate Warren with an event that worked against her: Her release of DNA results last October in a bid to prove her claims of Native American ancestry – which won her the derisive nickname “Pocahontas” from President Trump.

Warren ended up apologizing to the head of the Cherokee Nation in early February, amid claims that she had exaggerated her ancestry for personal gain. Then just days afterward, reports surfaced that Warren had claimed Native American heritage on a 1986 Texas State Bar registration form.

Finally, Warren – and yes, some other Democrats in the 2020 field -- faces an unfortunate historical fact: Governors and House members are more successful than senators when it comes to winning presidential nominations.

When Sen. Barack Obama was elected in 2008, he became just the third sitting senator – behind Warren Harding and John F. Kennedy – to win the White House, Politico reported.

So the obstacles between Warren and the White House would seem to make her potential election as the nation’s first female president even more of an achievement.