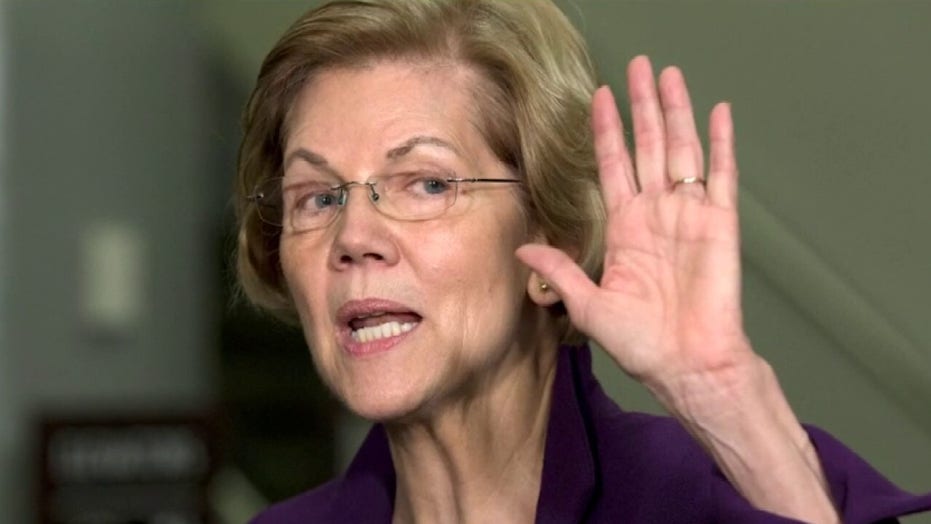 CBP announced Friday that it would send 100 members of its Border Patrol Tactical Unit (BORTAC), which can be compared to CBP's SWAT team, to track down and detain illegal immigrants freed by left-wing cities and states. Warren and Markey demanded, in a letter to Acting Homeland Security Secretary Chad Wolf, Acting CBP Commissioner Mark Morgan and Acting ICE Director Matthew Albence, that they roll back the tactics.

"Because this initiative is unnecessary, unwelcome, dangerous, menacing, retaliatory and unlikely to achieve its stated goal," Warren and Markey said, "we write to demand that you reverse course and to pose questions to better understand your rationale for employing paramilitary-style immigration personnel equipped with 'stun grenades and enhanced Special Forces-type training, including sniper certification' in Boston and elsewhere in the United States."

Wolf told Fox News on Saturday that agents often get no help from law enforcement in such jurisdictions.

"Most the times, they are prohibited from helping us due to either state or the local law there. Not only do they not call us and honor our detainers in the jail setting, they'll provide no support as we go into the communities, either," he said.

Warren and Markey lay out in their letter some of the places BORTAC agents have operated, including remote and dangerous areas of the U.S. southern border, Iraq and Afghanistan, before criticizing ICE's use of the specially trained agents.

"BORTAC personnel are not meant to focus on routine operations in some of the United States’ largest cities, and there is no need for them to be part of these operations," they wrote. "Last July, an 'emergency' supplemental appropriation was passed and signed into law (over our opposition), providing ICE with hundreds of millions of dollars of additional funding. It is unclear why ICE now needs to draw upon elite CBP resources in order to carry out its operations."

In a statement Friday, the CBP said the crisis at the border led to an increase in so-called non-detained cases – 3.2 million in fiscal 2019, up from 2.6 million in fiscal 2018. ICE struggled to keep up, particularly as more jurisdictions implemented the controversial sanctuary policies.

'The real explanation for this deployment appears to be that President Trump and his administration are attempting to punish Americans cities that reject his misguided immigration policies.'

“With 5,300 [Enforcement and Removal Operations] law enforcement officers – some of whom were detailed to the border – ICE does not have sufficient resources to effectively manage the sustained increase in non-detained cases, which is exacerbated by the rise of sanctuary jurisdictions,” the statement said.

Warren and Markey closed their letter with a list of questions for Wolf, Morgan and Albence about the nature of the nationwide deployment. They specifically ask how many BORTAC members will be deployed around the country and where, what their orders are, and whether or not the deployment was "intended to cause fear in immigrant communities or other populations in these cities."

"The real explanation for this deployment appears to be that President Trump and his administration are attempting to punish Americans cities that reject his misguided immigration policies," Warren and Markey said in the letter, which was accompanied by a press release saying Trump's actions raise "grave concerns about the decision to send CBP's SWAT teams into cities legally choosing not to cooperate with President Trump's inhumane immigration policies."