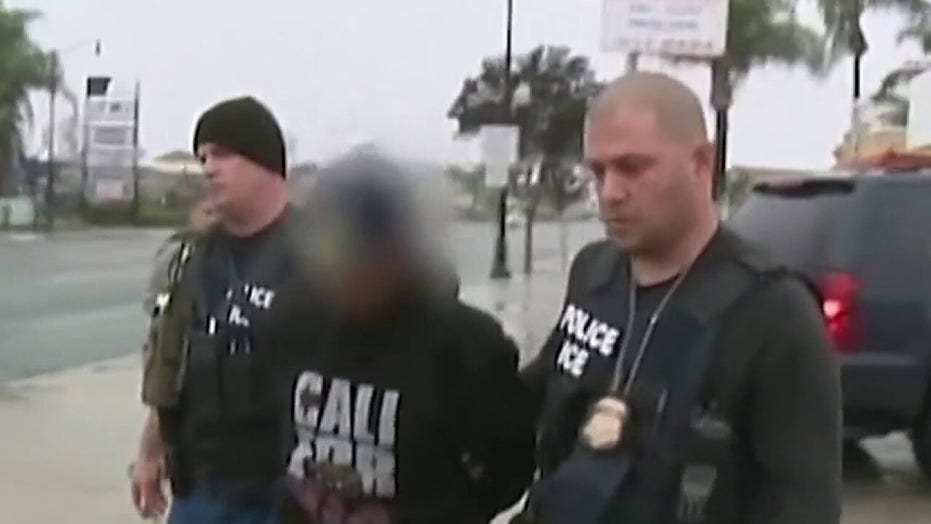 The New York Times reported Friday the administration is sending 100 specially trained officers to work with ICE from February to May. Among the agents are members of an elite unit known as BORTAC -- which the Times describes as the SWAT team of the U.S. Customs and Border Protection (CBP).

Such agents have gear like stun grenades and typically conduct high-risk operations targeting individuals known to be violent and those with significant criminal records, the Times reported. ICE primarily focuses on illegal immigrants with criminal records, but will not rule out detaining others as “collateral” arrests.

Acting Homeland Security Secretary Chad Wolf told Fox News on Saturday that agents often get no help from law enforcement in such jurisdictions.

"Most the times, they are prohibited from helping us due to either state or the local law there. Not only do they not call us and honor our detainers in the jail setting, they'll provide no support as we go into the communities, either," he said.

In a statement Friday, the CBP said the crisis at the border led to an increase in so-called non-detained cases -- 3.2 million in fiscal year 2019, up from 2.6 million in FY2018. ICE struggled to keep up, particularly as more jurisdictions implemented the controversial sanctuary policies.

“With 5,300 [Enforcement and Removal Operations] law enforcement officers – some of whom were detailed to the border - ICE does not have sufficient resources to effectively manage the sustained increase in non-detained cases which is exacerbated by the rise of sanctuary jurisdictions,” the statement said.

The administration said agents and officers come from a number of sectors and positions -- including those trained in tactical operations, although they note that that is “one of the many areas of training.”

“These officers have also been trained in routine immigration enforcement actions which is what they have been asked to do. All CBP officers and agents are FLETC-trained [Federal Law Enforcement Training Centers], just like ICE, and are more than capable of helping ICE fulfill their mission,” the statement said.

Democratic local officials responded to the push by doubling down on their policies.

“Regardless of your immigration status, I want every Angeleno to know your city is on your side,” Los Angeles Mayor Eric Garcetti said in a video message. “Here in Los Angeles, our police department does not coordinate with ICE or participate in immigration enforcement.” 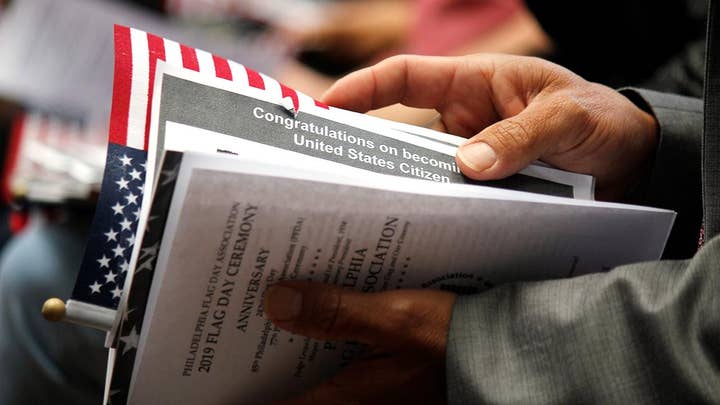 The push comes amid a broader effort by the Trump administration to crack down on states and cities that implement sanctuary policies. Such policies limit local law enforcement cooperation with federal immigration authorities in an effort to shield illegal immigrants from deportation. Specifically, they refuse to honor detainers -- requests that ICE be alerted of an illegal immigrant’s release from custody so they can be transferred into ICE custody.

The Trump administration has opposed the practice. The Justice Department this week announced a slew of measures to tackle it, and President Trump has called on Congress to pass legislation that would allow victims of crimes committed by illegal immigrants to sue sanctuary cities and states.

Trump also has highlighted the dangers of releasing criminal illegal immigrants back onto the streets instead of alerting ICE so they can be removed from the country.

He slammed sanctuary cities in his State of the Union address, and returned to the topic in a speech to the National Border Patrol Council on Friday.

“Not one more American life should be stolen by sanctuary cities; they’re all over the place and a lot of people don’t want them,” Trump said on Friday.

Her granddaughter, Daria Ortiz, tearfully told the audience: “The tragedy in all of this is the fact that this could have been avoided, had there been no sanctuary law.”