Pollster Kristen Soltis Anderson tells ‘Fox &amp; Friends’ Republicans have a slight edge in the Georgia Senate runoffs as the Senate balance of power hangs in the balance.

Warnock's campaign, though, says he was a junior member of the staff at the time Castro spoke at the church and was not a decision-maker.

The 1995 event came as the U.S. allowed Castro to stay within a 25-mile radius of the United Nations in New York City, where he denounced the U.S.'s embargo on Cuba and received applause from some at the General Assembly.

Castro received a similarly warm reception at Abyssinian Baptist Church in Harlem, where Warnock worked at the time. The Miami Herald reported at the time that Castro “blast[ed] the United States with the vigor that was missing from his speech to the United Nations earlier in the day and winding up the evening with a rousing rendition of the socialist hymn Internationale.”

In C-SPAN footage of the event, head pastor Calvin Butts appears to praise Castro, prompting chants of “Fidel! Fidel! Fidel!” from the audience. A translation of Castro's speech revealed him wondering why he was welcomed at the church, and noting that he changed from his business suit into military fatigues as he prepared for the event. He also described the blockade as "crazy" and "obsolete." What appears to be additional footage on YouTube pans to the audience cheering Castro. 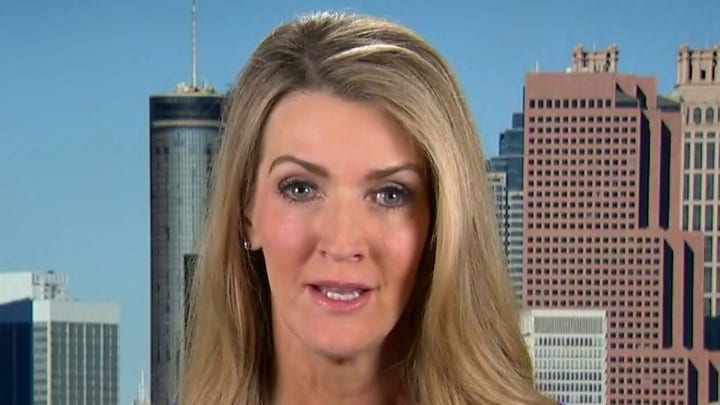 Butts defended the decision to invite Castro, arguing it was “in our tradition to welcome those who are visionary, who are revolutionary, and who seek the freedom of all of the people around the world.” The church, where Butts is still pastor, did not immediately respond to requests for comment. Besides Butts, former U.S. Reps. Charles Rangel and Jose Serrano were also in attendance.

Warnock is currently headed toward a runoff election in January with Sen. Kelly Loeffler, R-Ga. When asked for comment, the Warnock campaign said he wasn't involved in any of the church's decision-making.

"Twenty-five years ago, Reverend Warnock was a youth pastor and was not involved in any decisions at that time," said Terrence Clark, a spokesperson for the campaign. The campaign declined to provide further comment on whether Warnock attended that particular event. Clark clarified that Warnock served as youth pastor when Castro's speech occurred and "assistant pastor" later in his tenure at the church.

It appears as though Warnock was a pastor at the church when Castro delivered his speech. According to a bio on Ebenezer Baptist Church's website, Warnock served for 10 years at Abyssinia and was mentioned as doing so in a New York Times article as late as 1997.

Loeffler's campaign argued the Castro speech was part of a broader pattern of Warnock embracing radical, left-wing ideas. "Raphael Warnock celebrating Fidel Castro and welcoming him to his church is just the latest example in a long line of his radical, far-left, socialist positions," said Loeffler spokesperson Stephen Lawson.

GOP, DEMOCRATS MOBILIZE FOR FIGHT OVER GEORGIA SEATS THAT WILL DETERMINE SENATE CONTROL

"Georgians need someone like Kelly Loeffler who has a record of results creating jobs and opportunities for hardworking families – not a radical socialist who cozies up to brutal dictators."

Warnock was endorsed by self-described Democratic socialist, Sen. Bernie Sanders, I-Vt., but has stopped short of endorsing "Medicare for all" like Sanders. Instead, he supports expanding on the Affordable Care Act, a position that earned President-Elect Biden criticism from his party's left during the primaries. 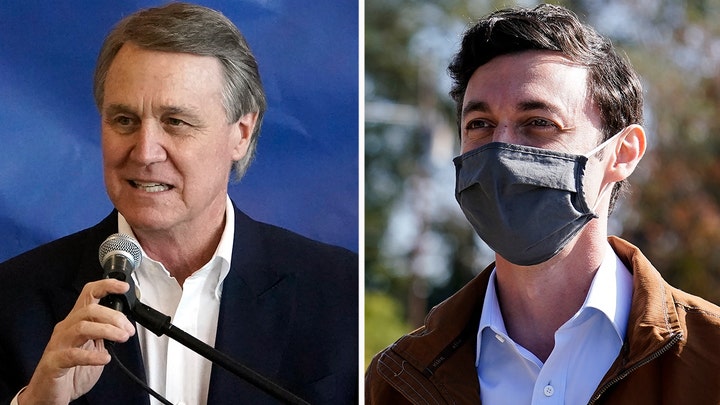 On his website, Warnock doesn't endorse the Green New Deal -- often painted as a tool for implementing socialism -- but does embrace the Paris Climate Accords and transitioning "to a clean economy by 2050" -- an apparent reference to reaching net-zero carbon emissions.

The event in 1995 was reportedly organized by the Interreligious Foundation for Community Organizing, which, according to a website bearing its name, has been hosting trips to Cuba since 1992 “without requesting U.S. government permission.”

“We engage in this act of civil disobedience as a direct challenge to the immoral blockade and its impact on the people of Cuba and the US,” the website reads.

Sister Rosemari Mealy, who belonged to the National Alliance of Third World Journalists, also prompted applause at the event when she introduced the “great, most honorable commandante, el jefe Fidel Castro.”

Another speaker at the event drew cheers when he asked whether the audience would prefer to see Castro or former New York City Mayor Rudy Giuliani in Harlem. “We invited Fidel, we disinvite Giuliani,” the unidentified speaker said to applause. The audience also applauded when the speaker hailed the Cuban revolution, saying it “opened its doors to those who have had to flee from persecution in the United States.”

He proceeded to praise Castro’s intervention in Africa, and described the Cuban dictator as “the hero of the struggling people throughout the world.”