The twin Senate runoff elections in Georgia will decide whether the Republicans keep their Senate majority of if the Democrats control both houses of Congress as well as the White House.

But the showdowns -- which are fast becoming the main event in the campaign world, with both major parties and outside groups getting ready to pour massive amounts of money and resources into the two contests -- are also serving as an early testing ground for potential 2024 GOP White House hopefuls.

GOP, DEMOCRATS, MOBILIZE IN GEORGIA RUNOFF FIGHTS THAT WILL DETERMINE CONTROL OF SENATE

“This is the center of the political universe for two months,” veteran Georgia-based Republican consultant Chip Lake told Fox News. “All eyes will be focused on our state.”

The GOP held a 53-47 majority heading into the 2020 elections and faced a challenging electoral map. But the Democrats' hopes of capturing a solid Senate majority in last week’s elections were dashed as Republicans overperformed.

The current balance of power is 48-48. If Republicans -- as expected -- end up holding on to the GOP-controlled seats in Alaska and North Carolina, they’ll have a 50-48 advantage in the Senate. That means the Democrats must win both of Georgia’s runoff elections to make it a 50-50 Senate, in which Vice President-elect Kamala Harris would be the tie-breaking vote, giving her party a razor-thin majority in the chamber.

In Georgia, where state law dictates a runoff if no candidate reaches 50% of the vote, Republican Sen. David Perdue narrowly missed out on avoiding a runoff. He currently stands at 49.75% in the count, with nearly all votes counted. His Democratic challenger, Jon Ossoff, trails by roughly 90,000 votes.

CLICK HERE FOR THE LATEST 2020 ELECTION RESULTS FROM FOX NEWS

In the other race, appointed Republican Sen. Kelly Loeffler -- who captured nearly 26% of the vote in a whopping 20-candidate race -- will face off against Democrat Raphael Warnock, who won nearly 33% of the vote.

High-profile Republicans are quickly sounding the alarm, offering to help in any way, with many -- including those with possible national aspirations in 2024 -- heading to Georgia ahead of the Jan. 5 elections.

The first in appears to be Sen. Marco Rubio of Florida, who will make a stop in Marietta, Ga., on Wednesday to help both Perdue and Loeffler.

“#Georgia is the firewall against the radical agenda of the far left,” Rubio wrote on Twitter as a he linked to the pro-GOP online fundraising site WinRed.

Sen. Rick Scott of Florida, who’s expected in Georgia at the end of the week, said that “Everyone needs to do what they can to support @KLoeffler and @Perduesenate and make sure we don’t let the Radical Left take the Senate!”

Vice President Mike Pence, who may also seek the presidency in four years, is expected in Georgia next week.

That according to Rubio, who told reporters in Tuesday that the vice president told GOP senators during a closed door meeting that he would be making the trip to Georgia.

Sen. Tim Scott, of South Carolina, who tweeted “HELP US DEFEND THE SENATE MAJORITY,” is also likely headed to Georgia in the coming days.

So is another potential 2024 presidential hopeful, Sen. Tom Cotton of Arkansas.

Cotton, who has crisscrossed the national campaign trail this year on behalf of President Trump and fellow Republicans in Congress, tweeted “.@KLoeffler and @Perduesenate need all hands on deck. It's time to defend Georgia.” 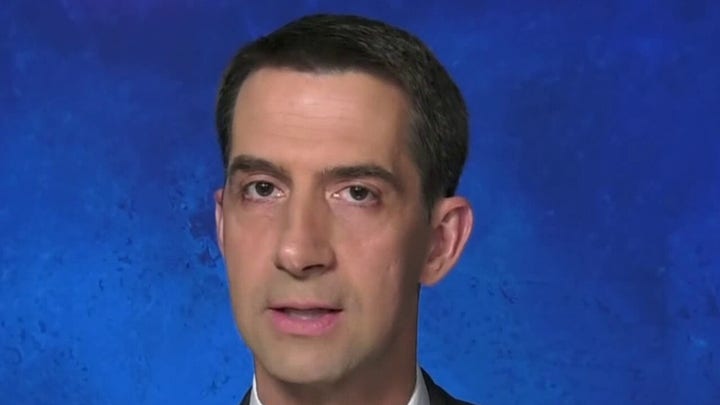 Former South Carolina Gov. Nikki Haley, who served as Trump’s first ambassador to the United Nations, may also pay a visit. Haley, who traveled to Georgia twice during the 2020 cycle to campaign for Loeffler, spotlighted a comment over the weekend by Democratic Senate Minority Leader Chuck Schumer, which has energized Republicans.

"'Now we take Georgia and change America.' Chuck Schumer Not on our watch. The fight may move to Georgia but victory is in our future. Get involved and support @KLoeffler and @Perduesenate," Haley tweeted.

Longtime Republican strategist Colin Reed told Fox News that “with the stakes so high, you can bet that every possible 2024 contender may want to head to Georgia, where right now the eyes of the political world on are on the state’s two runoff elections.”

And Reed, a veteran of numerous GOP Senate and presidential campaigns, pointed out that “this is as good a time as any for potential White House hopefuls to earn their stripes.”

Sen. Ted Cruz of Texas, who like Rubio ran for the GOP presidential nomination in 2016 and may have designs on a second White House bid in 2024, tweeted that “the stakes couldn’t be higher” as he linked to an interview with Maria Bartiromo on Fox News' “Sunday Morning Futures.”