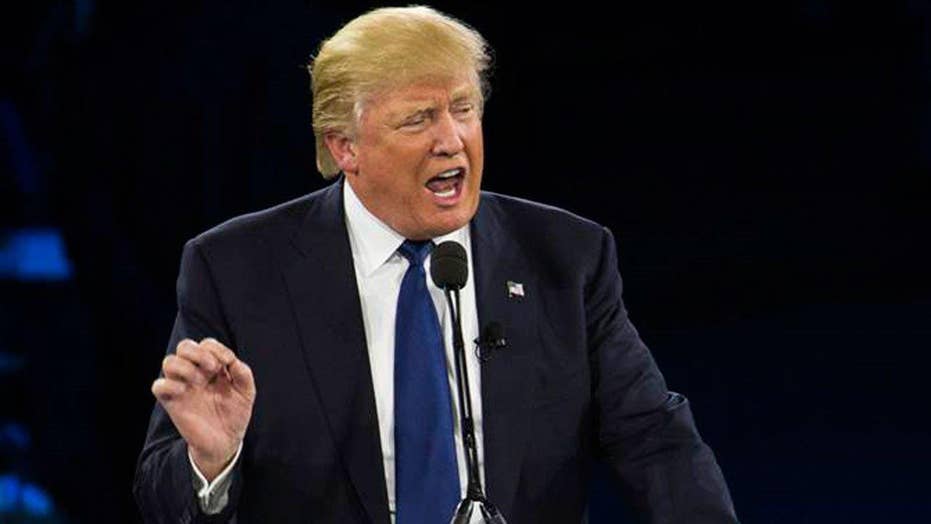 Is Donald Trump being treated fairly?

More than two months after Republican presidential front-runner Donald Trump claimed to have raised $6 million for veterans' charities at a fundraiser held on the eve of the Iowa caucuses, most of the organizations targeted to receive the money have gotten less than half of that amount.

The Wall Street Journal, citing a survey of the 22 groups listed by Trump's campaign as prospective recipients for the money, reported that 19 organizations had obtained a total of $2.4 million from Trump's foundation or associates.

Of the three other charities, one declined to disclose how much it had received, another said it needed to submit more paperwork before receiving any money, and the third didn't respond to questions by the Journal.

Fox Business Network first reported in late February that only a fraction of the pledged donations had made their way to the veterans groups.

At the time, FBN reported, several groups said they had not received any money. And seven of the 22 told Fox Business Network they had received a total of $650,000. Other groups did not respond to inquiries at the time.

Trump held the Jan. 29 benefit in lieu of attending a GOP debate hosted by Fox News. The real estate mogul had declined to appear at the debate, claiming that he had not been treated fairly by the network.

All 19 groups that confirmed receiving money from the Trump event got checks in the mail. Sixteen charities saw donations arrive in late February in increments of $50,000 or $100,000. The other three reported smaller donations in March, with those amounts averaging between $5,000 and $15,000.

Keith David of the Task Force Dagger Foundation told the Journal that he was confused about whether a $50,000 check from Trump associate Stewart Rahr's foundation was tied to the Iowa event. He said he had been informed by a Trump representative that it was.

"It’s a little weird," David said. "It looks like it’s from a totally separate organization."

Hope Hicks, a spokeswoman for the Trump campaign, told Fox News that Trump has in fact “given to the 22 groups we originally announced and many others.”

“Additionally, we are continuing to distribute the money raised as it comes in and we are expanding the list of groups receiving contributions,” she said in a statement. “If the media spent half as much time highlighting the work of these groups and how our Veterans have been so mistreated, rather than trying to disparage Mr. Trump’s generosity for a totally unsolicited gesture for which he had no obligation, we would all be better for it. He has raised millions of dollars for the Vets, and rather than being thanked, he is attacked. As Mr. Trump said, ‘No good deed goes unpunished.’”

She did not say how much money raised at the event had been distributed, or how much each group has received.

The Journal, citing the Trump Foundation's tax returns, reported that the nonprofit had given just $180,000 to veterans' charities over the past decade. Hicks said that amount did not include personal donations by the candidate.

At least one prominent charity declined to receive any money from the January fundraiser. Iraq and Afghanistan Veterans of America (IAVA) founder Paul Rieckhoff called the event a "political stunt".