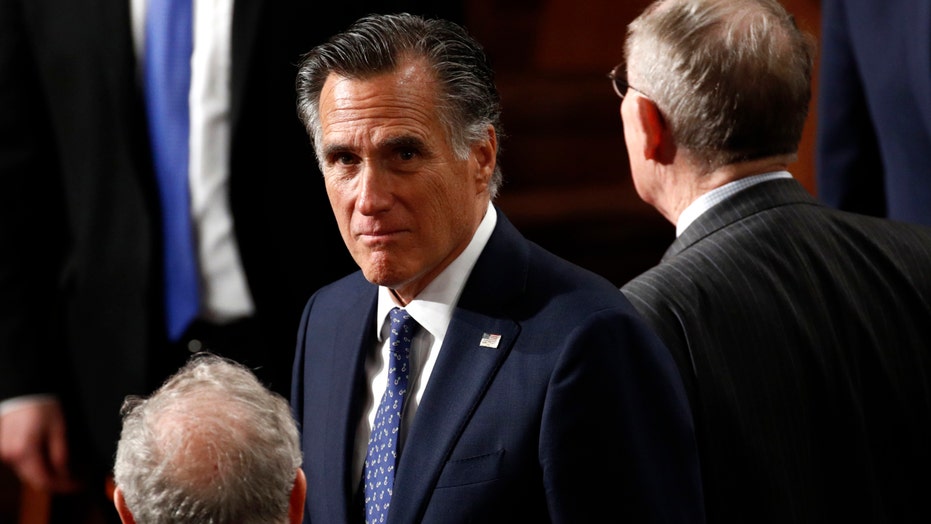 Senator Mitt Romney votes to convict President Trump in the Senate's impeachment trial on abuse of power, the first GOP defection ahead of Trump’s acquittal; reaction and analysis from ‘Special Report’ All-Star Panel.

Sen. Mitt Romney’s decision to vote to convict President Trump for abuse of power in his Senate impeachment trial Wednesday has sparked praise and outrage, including in his home state of Utah.

The Utah lawmaker made history with his vote, becoming the first senator to cross party lines in an impeachment trial to vote to remove a president of his own party.

Far away from the beltway, several dozen supporters showed up in downtown Salt Lake City in freezing temperatures to laud their senator for standing up to the president.

The well-wishers held up signs that read “Conscience is not dead” and “Thank you for your courage to convict,” the Salt Lake City Tribune reported.

But not everyone in the state is happy with the senator’s vote.

Republican state Rep. Tim Quinn, who introduced a bill last week allowing voters to recall senators, said he got more than 100 calls and 250 emails in support of the bill in just over an hour after news of Romney’s vote spread, according to Deseret News.

Quinn said the bill isn’t related to Romney, but added that he picked up six House co-sponsors after Romney’s announcement. He didn’t say what he thought of Romney’s vote.

Ray Clark, a 71-year-old electrical contractor in rural Kanab in southern Utah said he is “furious” with Romney. “Right now, I’d say he doesn’t stand a chance. Four years from now, who knows?” he said.

Twitter user Scott Talbot wrote “As a Utahn, I could not express more disgust for what Romney is doing. I ask Utahns to begin a recall of Mitt Romney as a senator for Utah. The precedence being set by his vote is damning to the country and its future.”

After the vote, Trump tweeted, "Had failed presidential candidate @MittRomney devoted the same energy and anger to defeating a faltering Barack Obama as he sanctimoniously does to me, he could have won the election. Read the Transcripts!"

In an emotional speech on the Senate floor Wednesday, Romney said his “faith” led him to his decision.

“I take an oath before God as enormously consequential,” he said. “I knew from the outset that being tasked with judging the president, the leader of my own party, would be the most difficult decision I have ever faced. I was not wrong.”

Romney added Trump’s abuses of power were “so egregious” they “demanded” removal from office.

Romney told Fox News he "had to follow” his “conscience" in his vote.

He has four years left in his term.