Utah's Love locked in one of the tightest re-election fights

Utah congressional race between Republican Mia Love and Democrat Ben McAdams has been dominated by negative ads and accusations of dirty fundraising. Peter Doocy has more for 'Special Report.'

SALT LAKE CITY – In a midterm cycle where President Trump has repeatedly warned voters about the dangers of Democratic policies turning the U.S. into Venezuela, there’s one competitive House district where something his team did in Venezuela looms large.

“Bringing Joshua home and working with the State Department was a big issue,” Rep. Mia Love, R-Utah, said about Joshua Holt, previously jailed in Venezuela and recently freed. “Bringing a Utahan home after being in prison for two years.”

Love is the only black Republican woman in Congress, and her re-election bid is being challenged by Salt Lake County Mayor Ben McAdams.

The race is a dead heat, according to a recent New York Times poll.

Love says she sees widespread support for permanent tax cuts in the district. Why are her chances of re-election in peril? 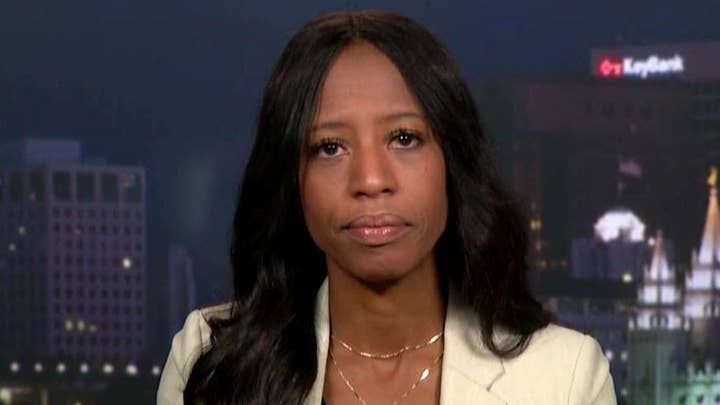 “This one is particularly close right now because of all of the lies that have been put out there by Democrats,” Love said.

McAdams is using the closing days of this campaign to bring attention to accusations of financial improprieties by Love’s team.

“The FEC has informed her she raised almost $1 million illegally,” McAdams said. “She’s coming back saying, ‘It wasn’t a million, it’s only $400,000.  The reality is she broke that law.”

“We’ve seen the Democrats push forward an idea without a single Republican vote, that was a mistake,” McAdams said. “Republicans pushed forward ideas without a single democratic vote, I think there are good ideas on both sides of the aisle and we need elected officials who are going to listen to each other.”

McAdams apparently doesn’t think that kind of change is possible if Rep. Nancy Pelosi, D-Calif., is in charge.

Republicans are in the market for new leadership too, since Speaker Paul Ryan, R-Wis., is retiring.

“Pass immigration reform,” Love said. “If there’s anything different we need to make sure that we’re willing – and we’re saying we’re willing to take votes on issues that are going to be good for us.”